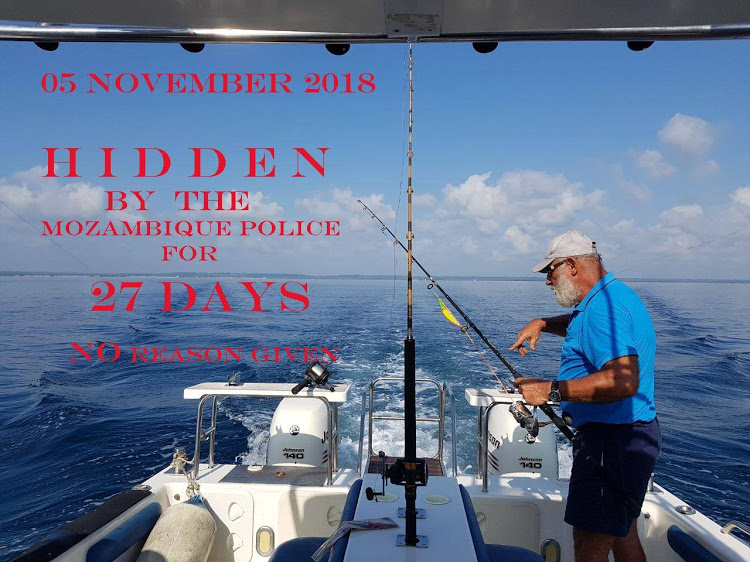 Andre Hanekom has been named by prosecutors in Mozambique as one of the leaders of a jihadist group meant to destabilise northern Mozambique, an allegation his wife Francis denies.
Image: Facebook/Francis Hanekom

Francis Hanekom said “influential people” wanted to implicate her husband in a crime as they desired her husband’s property on the beach in Palma‚ northern Mozambique.

Francis was responding to a news report on New Year’s Day that Mozambican prosecutors had named her husband and two Tanzanians as leaders of a group established to create instability‚ prevent the exploitation of natural gas in Palma and later create an independent state.

Andre Hanekom has been living in Mozambique for 25 years where he is a businessman.

His family maintain that his arrest in August‚ when he was shot‚ was unlawful.

A petition was launched calling for his release.

Mozambican prosecutors claim that Hanekom was responsible for the group’s logistics‚ including payment of monthly salaries equivalent to $160 (R2302.78) and for the provision of medicines

Machetes‚ arrows and gunpowder were allegedly found at the home of Hanekom‚ who had been operating a maritime business in Palma.

“The police confiscated insignificant normal stuff from my house‚ and use this as proof that Andre is a terrorist‚" she said.

"Seriously. Did they take pangas (machetes)? Every home in Mozambique has a panga or two‚ as it is used for various tasks in and around the home.”

She also questioned the accusation that Andre had offered the group medical assistance.

"Three syringes‚ for the purpose of inoculating our goats‚ two bottles of expired vitamin tablets and my saline for the asthma nebuliser is proof of supporting terrorism?"

She said the salary mentioned was the amount that one of his workers received.

International relations and cooperation minister Lindiwe Sisulu says it is unacceptable for South Africans to be involved in activities that ...
News
3 years ago

"It turned out that he was an inside informant to disclose the position of Andre the day he was shot.”

Francis said she had proof of this‚ and that the worker was dismissed.

“Did they find arrows? I advise all not to buy local art for your home from vendors in the street.

“Four years ago I made the unfortunate ‘mistake’ of buying two bows with arrows from Mozambicans in an impoverished town. They are selling it as a means of income.”

She said the one bow broke when they were trying to use it at home to test it for fun‚ using a box marked with an x‚ as a target.

“Not even good to use if you really need to hunt with it. I hung the rest on the Lapa wall as decoration.

“The ‘gunpowder’ found‚ was most probably them breaking my distress flares of my boats to obtain the ‘explosives’ they are talking about.

She said the authorities had confiscated her distress flares with the first aid kits and gill knives from her boats‚ to implicate Andre.

Although her husband was arrested in August‚ she said police had only come to her house on November 6 to confiscate the “evidence”. 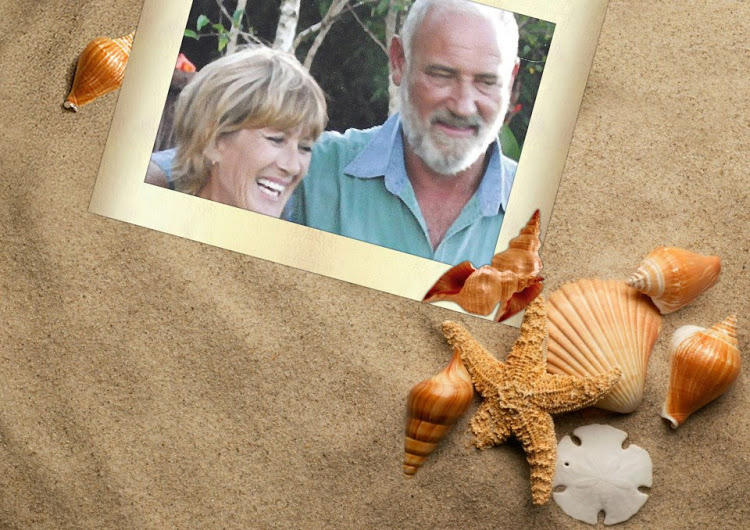 Francis Hanekom and her husband Andre.

“Three months after Andre has been shot‚ the first search was done at the house. Seriously. Someone being accused of terrorism‚ and police wait three months to investigate his home?????” she said on Facebook.

Francis said a formal accusation had not been prepared.

“All this is happening because influential people desire Andre's property on the beach. Lies will catch up‚ and those who laugh last‚ have the best laugh‚ after all.”

International relations and cooperation minister Lindiwe Sisulu said on Tuesday that her department was concerned about South Africans involved in crimes and activities that sought to destabilise democratically-elected states.

The emergence of extremism in northern Mozambique has been noted in a research paper published by the African Centre for Strategic Studies.

The research paper said news of an October 5‚ 2017‚ attack by a militant Islamist group on several police stations‚ government officials‚ and residents in the town of Mocímboa da Praia in Cabo Delgado Province had caught observers of international jihadism by surprise.