Low-cost housing gets a revamp 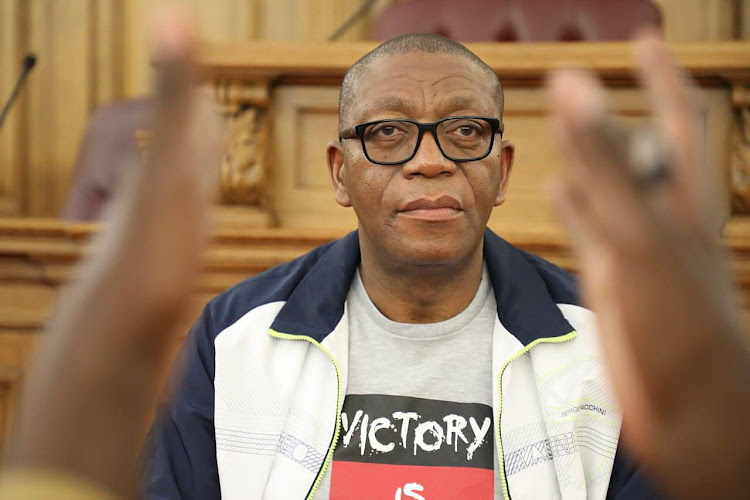 Uhuru Moiloa MEC of human settlements Uhuru Moiloa believes he has turned the department around for the first time in years after it spent 58% of its budget by December.
Image: THULANI MBELE

Beneficiaries of low-cost government houses will soon know where their allocated homes are before construction and also get issued title deeds on the day they get the keys.

This is an ambitious plan that Gauteng human settlements MEC Uhuru Moiloa wants to implement next year as he tries to turn around his department and end housing service delivery protests.

In an interview with Sowetan yesterday, Moiloa admitted that over the past years the department had failed to plan its projects properly.

The poor planning, he said, resulted in projects being stopped by residents demanding to be allocated homes.

The department has had to provide security to guard completed housing projects as people tried forcefully to move into them before they could beallocated.

Moiloa said he had brought in an expert on planning to deal with project planning and an advocate to improve the beneficiaries list.

“We hope that by the beginning of the financial year all the houses that are going to be under construction must have beneficiaries registered,the township must be registered.

“By the time the houses are under construction, application for title deeds should already be done with the deeds office. It should be possible that by the time a person gets a house, he or she gets a title deed,” Moiloa said.

“Itis goingtobea tough battle but we are piloting it with the 2019/20 budget. We think that if we can nip this one in the bud, we will be able to move forward and then deal with the legacy projects.”

Poor planning of housing projects led to the department failing to spend R1.1bn in the 2017/18 financial year as an accumulative result.

The money was supposed to be spent building houses for the most populated province in the country.

Moila said the list of beneficiaries for projects would now be made ready ahead of construction. He said all people to move into the new houses would have been allocated and their names published for everyone to see.

He said there were 11 000 houses in Gauteng which were stopped from being electrified by Eskom due to a dispute with business forums or community members.