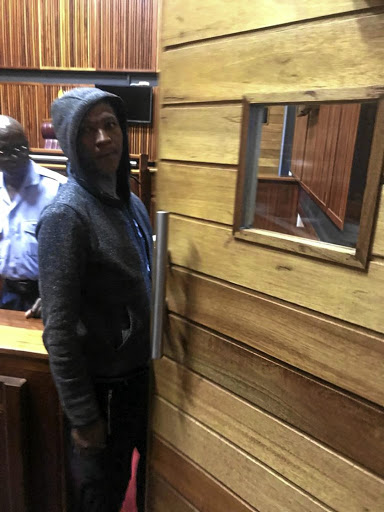 One of two taxi drivers behind abductions, rapes and the robbing of female taxi commuters in Gauteng has been sentenced to life imprisonment.

Lebogang Gift Mokoena was sentenced to 13 life sentences and 340 years in prison in the South Gauteng High Court sitting in Palm Ridge, Ekurhuleni, on Thursday.

On October 12, the court found Mokoena guilty of 13 counts of rape, nine of kidnapping, nine of robbery with aggravating circumstances, nine of pointing an object that resembles a firearm, two of aiding and abetting someone to commit an offence and one of sexual assault. He raped eight women.

While handing down sentencing, judge Cassim Moosa said the J88 forms and victim impact statements submitted by the victims showed that Mokoena’s actions had a severe impact on them and has resulted in them experiencing ongoing trauma.

“It is clear that the behaviour of the accused was based on syndication, careful planning, and a single goal in mind of attaining that which he wanted during the commission of these crimes” said Moosa, describing his actions as heinous, careless and reckless when he raped his victims without a condom, thus putting their lives in danger.

In his plea statement, Mokoena revealed he used to kidnap, rape and rob female passengers while driving around Gauteng in a white Toyota Quantum minibus taxi. Some victims were forced to hand over their bank cards and pin numbers to him and his friends. The cellphones and other belongings stolen from the victims were later sold to a Nigerian national.

Six survivors were raped by Mokoena and his co-accused while the taxi was in motion while the rapes of two others took place in a veld. Some victims were later given money by Mokoena to board a taxi home.

Mokoena went on a rampage for 13 months between September 26 2016 and October 12 2017 before he was nabbed by the police at a house in Molapo, Soweto, on October 23 last year.

Some of the survivors pointed him out during an identity parade. He was also linked to the crimes through his DNA. Pleading guilty to the charges, Mokoena said he did so voluntarily and that he wanted to take the court into his confidence and did not want to waste the court's time.

“I don't know the state of the victims, and I know that they are going through trauma which they have to live with for years to come," said Mokoena.

It remains to be seen on Monday whether the plea for mercy by taxi driver turned serial rapist Lebogang Gift Mokoena will be taken into consideration ...
News
3 years ago

He raped one of his many victims in the presence of her mother after he robbed and kidnapped them with his Toyota Quantum.
News
3 years ago

A taxi driver who pleaded guilty to charges of rape and kidnapping of several women in Gauteng will be put on a suicide watch.
News
3 years ago
Next Article