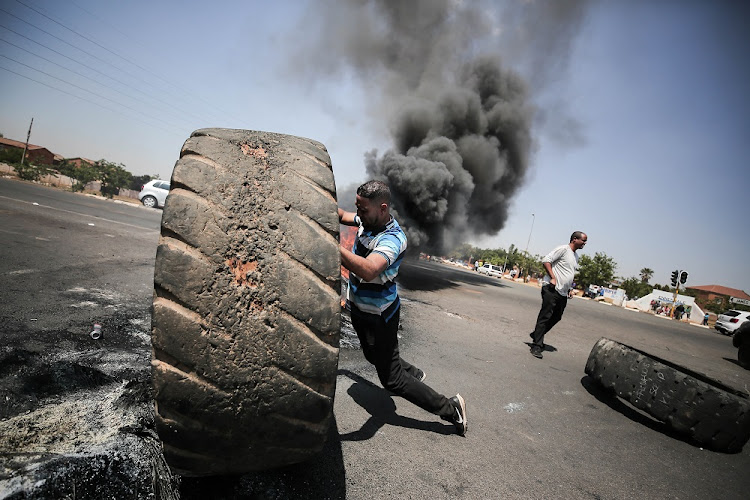 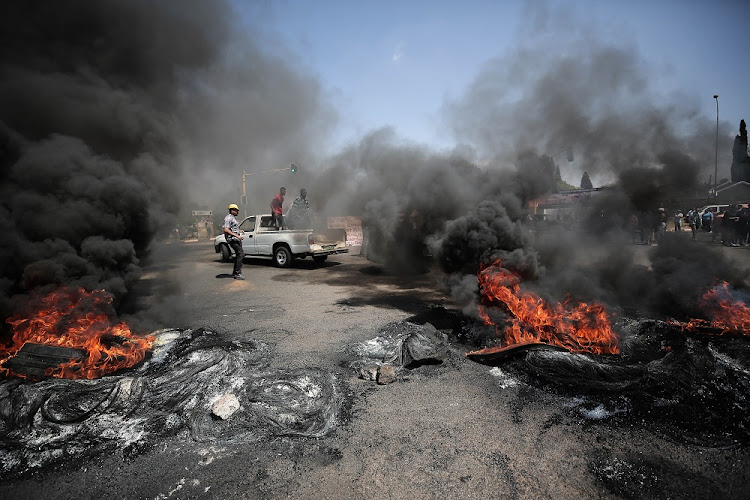 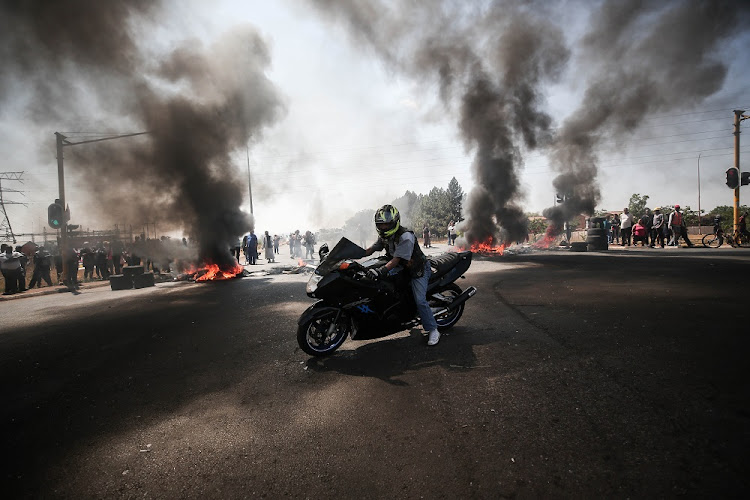 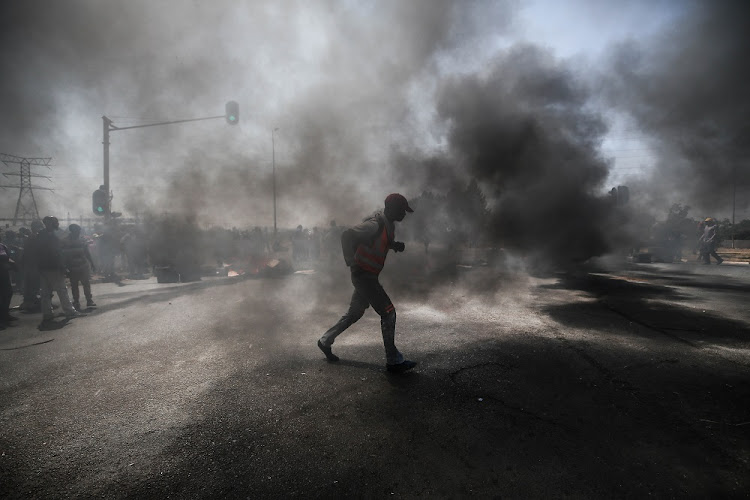 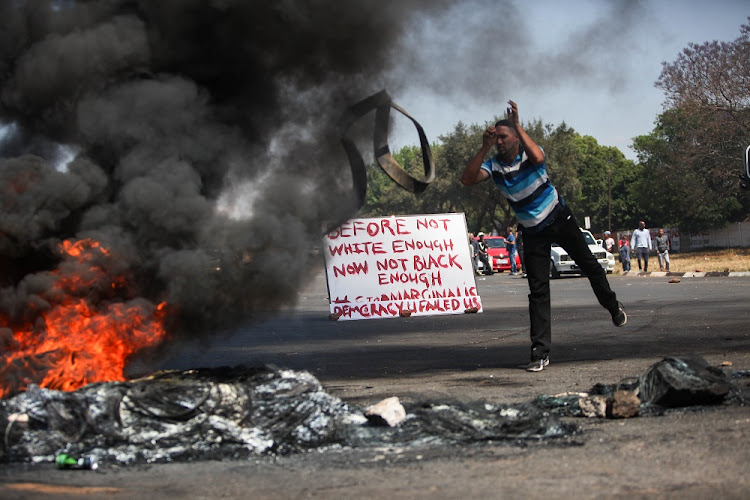 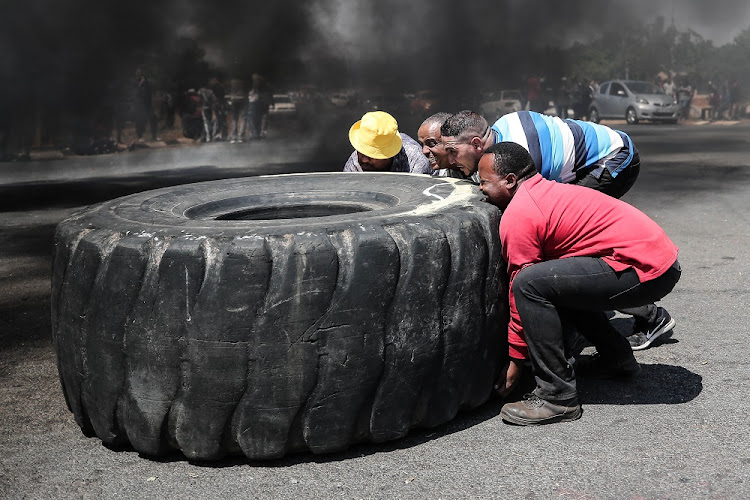 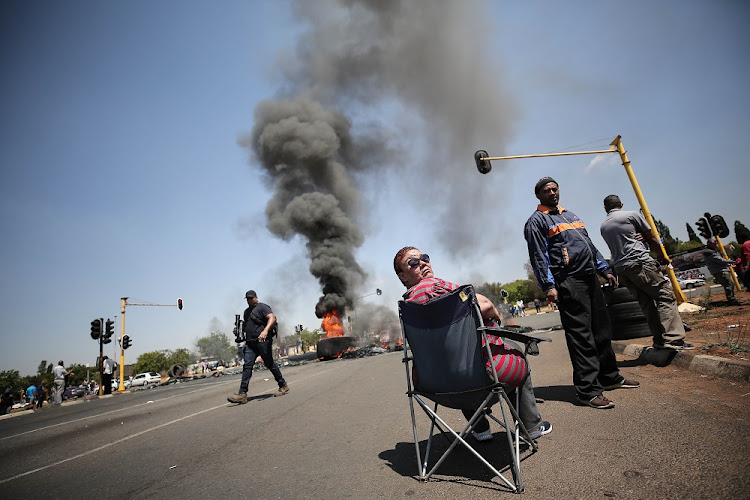 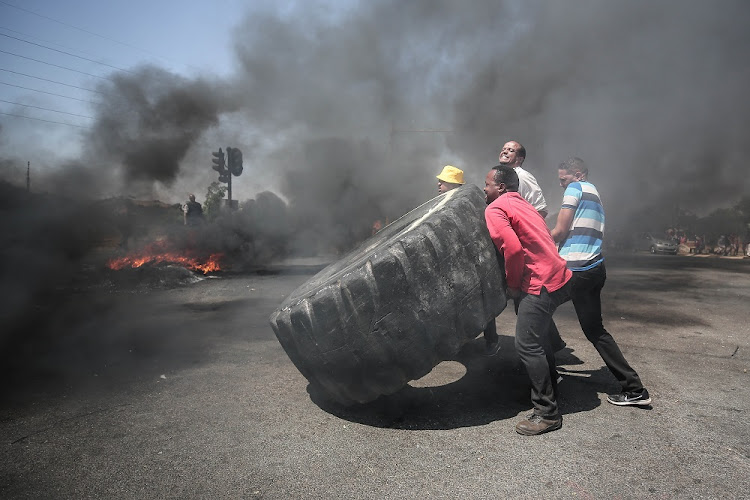 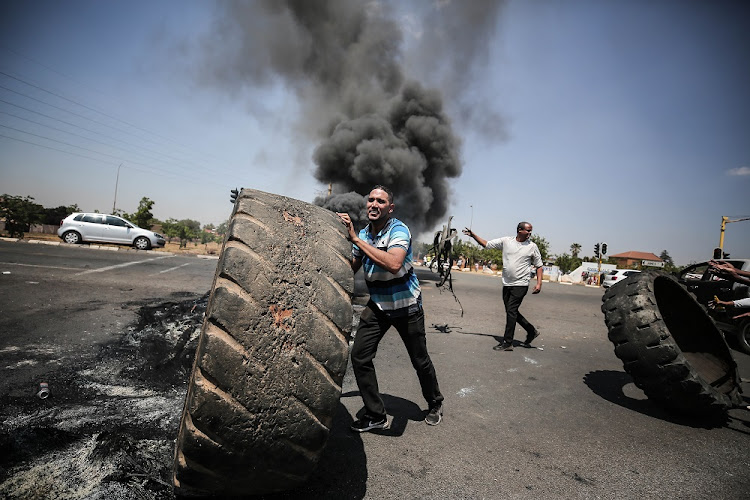 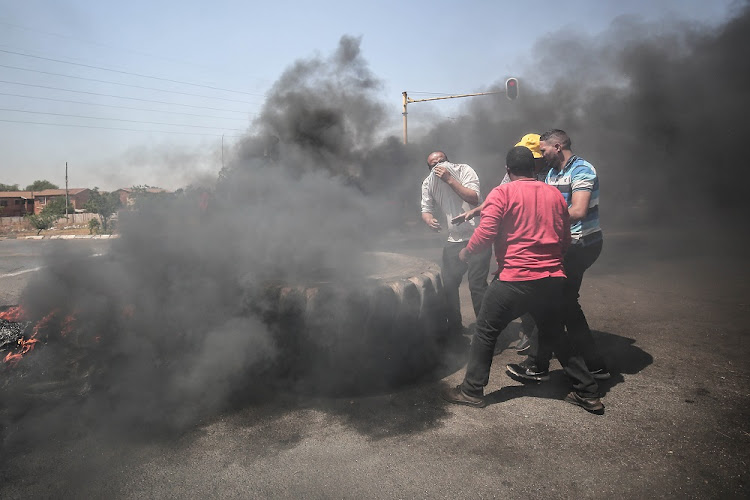 “We are gatvol now. We don't want handouts‚ but jobs. It's going to get ugly if they don't react."

Police minister Bheki Cele responded to complaints and protests by residents there by visiting the area and deploying a team of tactical police to deal firmly with gangsters and criminals.

Ennerdale protesters‚ watched by a strong contingent of police‚ vowed that they would not back down until President Cyril Ramaphosa intervened to address their grievances.

"Ramaphosa must come and address the community. We do not hope that he'll come‚ but demand that he gets here. This is not a threat‚ but a demand. Our issues are not restricted to the Ennerdale community‚ but many communities across South Africa. If he doesn't come‚ rest assured‚ there will be no elections in 2019. Enough is enough‚" said community leader Aadiel Abrahams.

“We're not doing this for us‚ but future generations‚" he added.

The protesters’ demands included that police deploy a tactical response team in the suburb‚ as in Westbury‚ and that government come up with a solid plan to deal with gangsters‚ crime and the prevalence of drugs in the area.

They also want investment in the form of things like parks‚ and employment opportunities.

Meanwhile‚ thousands of residents marched through the CBD to the office of mayor Herman Mashaba on Friday to demand better service delivery. They complained about a lack of jobs in the city‚ crime‚ water interruptions and cable theft that affected the delivery of electricity.

“Mashaba must f**k off‚” said Thabo Thlabe. "He is useless."

Thato Mokena‚ from Orange Farm‚ said there were no proper streets or service delivery in her township.

She said residents did not want to pay for electricity or water as 80% of those services were not working.

People who joined the march came in scores of buses from across the province‚ including the Vaal region‚ Soweto and townships south of city.

Sellina Batje‚ who lives in the Vaal region‚ said she was at the march because "the DA is not providing us with jobs”‚ adding that water and electricity services in her area were poor.

Constance Khumalo‚ from Soweto‚ said she was not marching against any particular political party or politician.

"I want speedy service delivery. We still live in shacks‚" she said‚ adding that the march was peaceful.