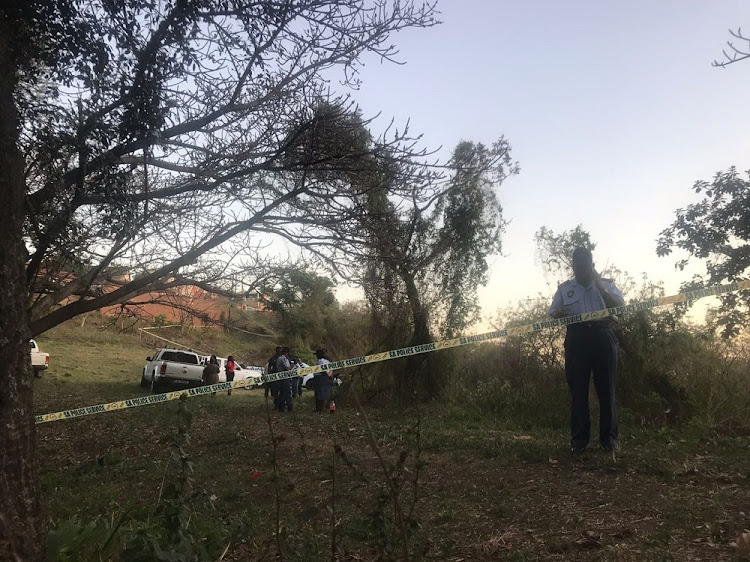 The scene where police discovered the decomposed body of a schoolboy, thought to be Miguel Louw who went missing on July 17.
Image: Jeff Wicks

KwaZulu-Natal Community Safety MEC Mxolisi Kaunda has called for calm in Phoenix after the discovery of a body thought to be that of missing Sydenham schoolboy Miguel Louw on Monday.

The body was found a stone’s throw from the home of butcher Mohammed Ebrahim‚ who was linked to the boy’s disappearance on July 17. Ebrahim’s family earlier told this publication that they were living in fear.

“We fully understand the pain this incident has caused to the family and members of the community. As the provincial government‚ we would like to express our deepest condolences to the family of the deceased during this difficult time‚” Kaunda said in a statement on Tuesday.

The vanishing of 9-year-old Miguel Louw has haunted the dreams of Sheik Ebrahim Shah‚ the man whose son is the police’s prime suspect in the ...
News
3 years ago

“Government has declared zero tolerance on violence against women and children and ... has full confidence in the police that they will be able to solve this case. Therefore let us allow the law to take its course‚” Kaunda added.

Police are expected to use DNA testing to conclusively identify the remains of the boy‚ who was found wearing a school tracksuit jacket.

Ebrahim‚ of Longbury Drive in Phoenix‚ was arrested three days after Miguel was last seen. When he was detained‚ he was found in possession of Miguel’s original birth certificate and Miguel’s mother’s identity document.

CCTV footage showed Miguel at a KFC with Ebrahim‚ an acquaintance of the family for about two weeks‚ on the day of his disappearance.

A body that is believed to be of missing nine-year-old Miguel Louw was found on Monday, September 3 2018. This is what we know so far about the case.