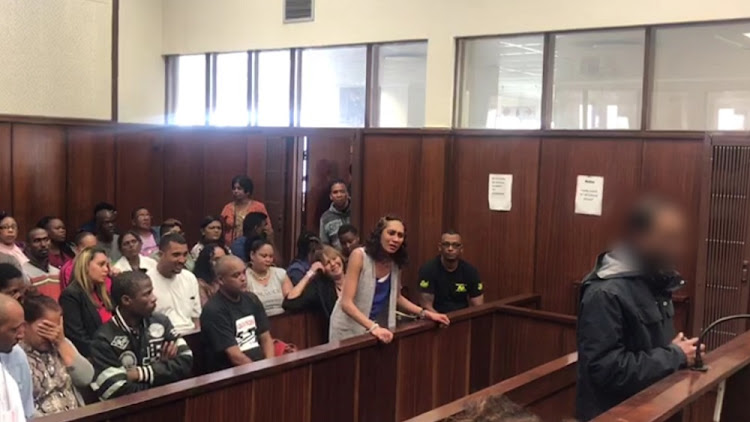 Raylene Louw, mother of missing 9-year-old Miguel, pleads with the man accused of his abduction to tell her where her child is.
Image: SUPPLIED

A Sydenham mother broke down in the Durban Regional court on Monday and pleaded with a man accused of abducting her 9-year old boy‚ who is still missing‚ to tell her the whereabouts of her child.

The schoolboy‚ Miguel Louw‚ was last seen three weeks ago in the company of the man.

The child’s relatives were seated in the front of the public gallery‚ with his mother‚ Raylene Louw‚ breaking down when the accused was brought into the dock.

As he stood facing the bench‚ Louw screamed: “Please tell me where my baby is!”

She cried out to the stoic man‚ who stared straight ahead‚ pleading with him to disclose her son's location or what happened to him.

It is believed that the boy was taken from his school‚ located less than a minute from his home‚ on the afternoon of July 17.

The man accused of his abduction has now been charged with human trafficking.

Magistrate Mahomed Motala ordered that the man‚ who is the only link to the boy‚ should not be named or photographed.

Prosecutor Calvin Govender told the court that the case would now be investigated by the Organised Crime Unit.

“They are investigating the accused for trafficking of a child and‚ as such‚ the charge has been changed‚” he said.

A three-month-old baby from Hibberdene on the KwaZulu-Natal South Coast who was separated from her mother for more than a month is finally back at ...
News
4 years ago

He asked that Motala bar the publication of the suspect’s name and any photographs of him‚ lest it jeopardise the police investigation.

The suspect will return to court on August 7.