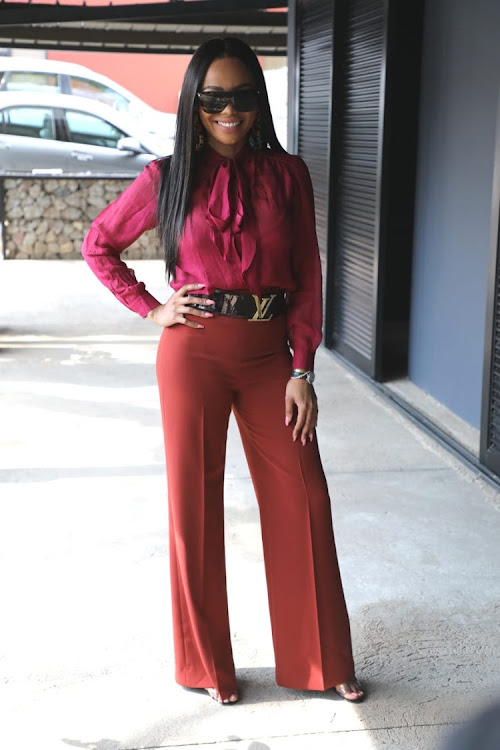 Bonang Matheba has pulled out of the inaugural International Women in Media conference after Empire actress Taraji P Henson denied being part of the event as earlier announced by organisers.

In a statement issued by her publicist on Wednesday evening on behalf of Matheba, she distanced herself from the event that is slated to take place in Sandton, Johannesburg, on September 5 and 6.

"Ms Matheba had been booked to host both the media event and the conference and had been attracted by the event’s apparent women’s empowerment principles," the statement reads.

"But as there has been no official feedback or clarity from the organisers following today’s allegations, Ms Matheba will not be participating."

Henson on Wednesday afternoon took to social media to deny being one of the keynote speakers.

Organiser 21st Century Group had announced in the morning that Henson would appear at the event.

Organiser 21st Century Group had announced on Wednesday morning that Henson would appear at the event.
Entertainment
3 years ago

At the two-day female empowerment conference a number of media figures were expected to deliver talks on the business of production, the art of acting and presenting, and how to make it in Hollywood.

“False advertisement. Remove my name and picture. I will not be at this event. This is not official,” Henson replied on Twitter to a post about her supposed involvement in the event.

“This is false. If you have purchased tickets to see me, please get a refund, this is fake news,” she wrote in another tweet.

“Our PR cannot comment right now. We will release a statement on Monday,” she said.

They have since taken to social media to issue a statement:

"We are aware of the social media posts from Taraji and are trying to get to the bottom of this as fast as possible.

"There are a number of agencies and parties involved in securing the global and local talent for this conference, both in New York and Johannesburg.

"We ask you to give us time to ascertain the facts so that we can communicate the way forward clearly, which we will does a matter of urgency."

Images and all marketing material referring to Halle Berry’s attendance have also been deleted from the conference organiser’s social media platforms.