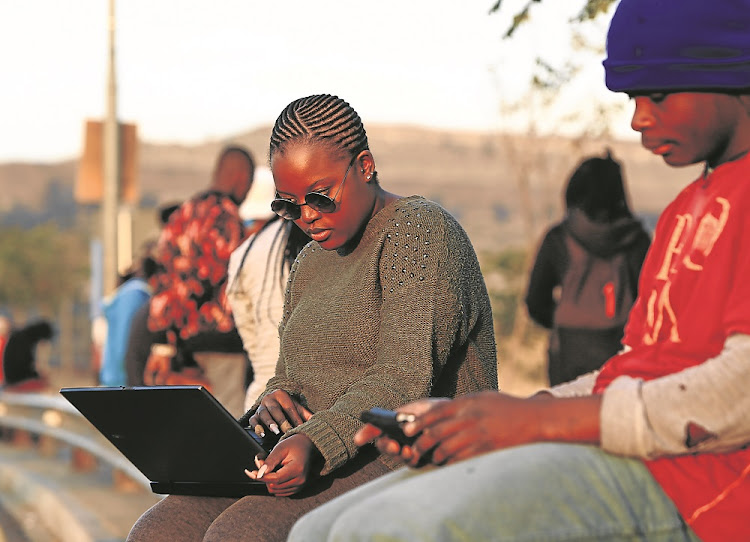 School children and adults in the City Of Tshwane both use the free Wi-Fi, but they now have to pay for their own internet access.
Image: SIMPHIWE NKWALI

The Tshwane municipality's pioneering free Wi-Fi has collapsed, leaving at least 600 000 users who rely on the network for education, business and job-hunting purposes in the lurch.

Project Isizwe, which has been providing the multimillion-rand Wi-Fi service since 2013, has not had its contract renewed with the municipality.

The contract ended at the end of last month, leaving thousands of frustrated users in 1050 hotspots in public places such as schools, libraries and community centres unable to complete their school assignments and follow up on job applications.

The DA-led administration said the Wi-Fi tender was bleeding the city dry. The municipality has now issued a tender for a new service provider to run the project.

Tshwane mayor Solly Msimanga's spokesman, Sam Mgobozi, said users were notified on Friday about the unavailability of the free Wi-Fi.

He said there was no timeframe for how long the hotspots will be without Wi-Fi for, only saying "the tender will be concluded soon".

"We are still committed to putting out free Wi-Fi on a solid financial footing and . ensuring the service continues into the future," he said.

Zweli Maphatha, who runs Sunshine Enterprise internet café in Soshanguve Block X, said he has seen an influx of students for internet services they had received from free Wi-Fi hotspots.

"Before they came to scan documents for application and registration, then they would go to the hotspots to e-mail using laptops or their phones. Now the network is down," he said.

Third-year public administration diploma student Boitumelo Nkosi said she missed her assignment deadline because she had no money for data and she relied on the free Wi-Fi for school work.

Nkosi said her Wi-Fi hotspot in Saulsville library has been down for more than a month now.

"I rely on friends and family so the network made everything possible for me. I could research, submit assignments and complete projects on my laptop," she said.

In Mamelodi, social activist Godfrey Maphetho has been unable to connect for his community outreach programmes.

The network he has been using for more than two years at the Shumishanang Primary School hotspot has been down for two months.

"It started being sporadic in April and collapsed in May. I used the network to reach out to young people on issues of drugs and alcohol abuse and also to spread information about jobs and academic opportunities," he said.

Project Isizwe CEO Dudu Mkhwanazi said it handed over all infrastructure to the municipality.

"We handed over a working network to the city. There was no skill transfer. The city has taken the project out to tender, whoever is procured to run the project would bring their own skills."