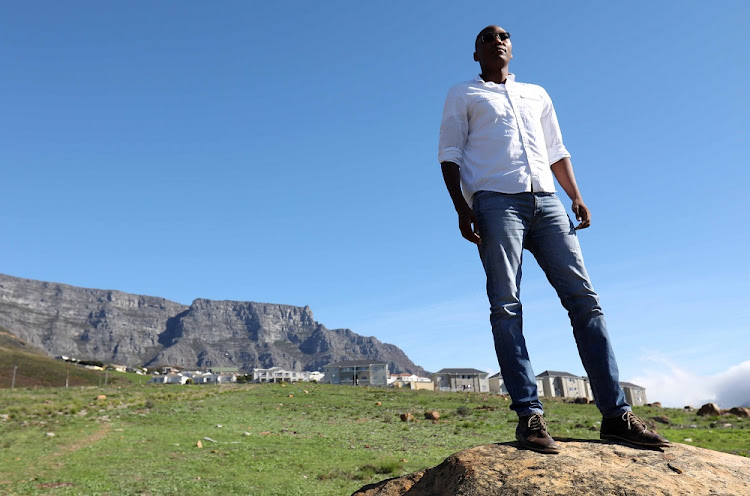 Zakheni Ngubo has overcome obstacles and is now helping others with education problems.
Image: Esa Alexander

It’s a small black box that doesn’t open‚ but for tens of thousands of children it’s a life-changing treasure chest: a digital library containing support material for high school maths and science.

Anyone within a kilometre can download the material to their phone – and they don’t even have to be online. The black box is essentially its own server so learners can use WiFi without having to use the internet provided by the main service providers. It is thus free and doesn’t require them to be online. On that server they can access digital copies of text books‚ and sound and video recordings of science lessons by hand-picked teachers who know how to make content accessible.

Thanks to the Syafunda box‚ matric science marks have gone up by almost 30% in some schools‚ and another 15‚000 pupils are about to join the 31‚000 already benefiting‚ thanks to corporate sponsorship. The aim is to reach 100‚000 children by the end of the year.

“It’s a concept whose time has come‚” said Mary Metcalfe‚ former MEC for education in Gauteng.

The Syafunda digital library is the brainchild of Zakheni Ngubo‚ 31‚ whose struggles with education inspired his dream to change the lives of others.

Ngubo was living in a relative’s small house in Umlazi‚ KwaZulu-Natal‚ with his poverty-stricken parents and four siblings when a trip to Cape Town changed his life at the age of 14.

“Some wealthier neighbours invited me on holiday. It was the first time I had travelled. Exposed to a different life‚ I knew I wanted to come back one day to study at the University of Cape Town‚ though I had no idea how‚” he said.

Driven by his new dream‚ within weeks he went from 47th to 1st in his Grade 10 class of 60. Then he decided to transfer to a notoriously strict school down the road which had a close relationship with UCT.

“You had to be there at 6am‚ and they still used corporal punishment. Many in our area shied away from it‚” he said. The school only accepted new students in Grade 8‚ but he sat outside the administration office for four days until the school relented and admitted him.

“It was so disciplined‚ it scared the living daylights out of me‚” said Ngubo‚ but within weeks he was in the top three in his grade. A new blow fell when the maths teacher left and went unreplaced for two years. Despite his four matric distinctions‚ UCT rejected Ngubo because of his poor maths result.

“This happened to a few of us‚ and it was sad to see many classmates taking jobs as security guards when we had worked so hard to get to university‚” he said.

Still determined‚ he spent another year redoing matric maths‚ then took a R1‚200-a-month teaching job at a rural school. He taught by day and studied at night‚ and was eventually offered a bursary at UCT.

After graduating with a BCom‚ he began working at Virgin Mobile in Joburg where he “really got to understand the impact mobile technology could make”. Drawing on his own experiences and research‚ he pinpointed three key shortcomings in the school system: language barriers‚ patchy academic support and teachers lacking in confidence.

Still with no start-up money‚ he went on a quest to find the best teachers who could be filmed giving lessons‚ and resigned from his job to pursue his dream.

Living in his uncle’s shack‚ he ensconced himself at the Branson Centre of Entrepreneurship which offered free business training.

He met other entrepreneurs and struck a deal: “I was working for six different businesses after spotting their gaps‚ and nobody was paying me – they were just doing something for my business to get going in return.”

It paid off‚ and after Syafunda was registered Ngubo began entering competitions‚ pitching to venture capitalists‚ seeking partners and looking for seed funding. A few months ago Injini‚ an edtech incubator‚ chose Syafunda as one of eight applicants from across the continent to get support in using technology to revolutionise education.

For Sibusiso Kanyile‚ the principal of Zwelibanzi High School in Umlazi‚ it has been a game-changer.

“The class average for matric science went from 38% to 66%‚” he said. Jamie Martin‚ co-founder of Injini‚ said the project had succeeded because Ngubo “cares about education‚ not just business.”

Metcalfe‚ a director at the Programme for Improved Learning Outcomes‚ described Ngubo as “an extraordinary young South African who saw what was needed in the system and society to help other young people”.

The KZN education department works with PILO in 1‚200 schools with support from the National Education Collaboration Trust‚ so the scope for expansion is huge if funding can be found.

This April, Nal’ibali’s Story Powered Schools team is hosting a series of community dialogues at over 200 rural schools in the Eastern Cape and ...
Good Life
5 years ago

Old Mutual has just agreed to roll out Syafunda’s digital libraries in 23 KZN schools. The financial giant’s Kanyisa Diamond said as well as helping pupils‚ the content “can also be used by teachers to prepare for lessons”.

• Is technology the answer?

Results from international‚ standardised tests show that up to 80% of South African schools are unable to impart the necessary skills to students. Grade 6 students in the poorest 75% of schools performed significantly worse in literacy and numeracy than their peers in the wealthiest 25%.

In Grade 9‚ pupils in the poorest 80% of schools achieved substantially lower results in maths and science compared to students in the wealthiest 20%.

• The Numbers: 26‚000: Schools in the country 37%: Proportion of Grade 1s who eventually matriculate 76%: Proportion of high school pupils with access to a mobile device.