Sibongile Mani, who got R14-million 'by mistake' still funded by NSFAS 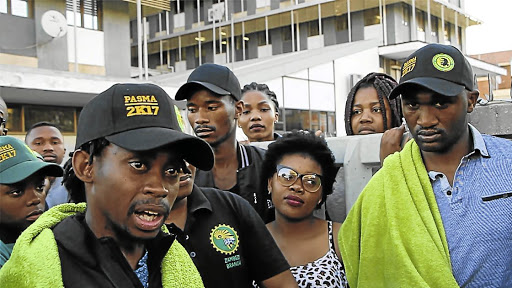 Accounting student Sibongile Mani during a court appearance following allegations that she spent R800 000 of the R14-million erroneously deposited into her account.
Image: MALIBONGWE DAYIMANI

Mani‚ a third-year accounting student‚ was arrested by the Hawks in May and faces a theft charge after student fund distributor Intelimali opened a theft case in September last year.

This is after R14-million was erroneously loaded into her student account in June last year. Mani failed to report the “error” but is accused of blowing R810‚000 in 73 days.

During her July 2 court appearance‚ Mani's spokesman Vusi Mahlangu told the Dispatch that NSFAS allocated more funding to the student.

NSFAS spokesman Kagisho Mamabolo said the scheme would continue funding Mani until proven guilty in a court of law as long as she qualified for assistance.

“Given NSFAS’ stance above‚ we hereby confirm that Ms Mani does in fact qualify for the 2018 meal and book allowances on condition that NSFAS receives a monthly reconciliation statement on her spent allowances‚” he said.

Despite facing a theft charge for allegedly blowing R800000 of the R14-million erroneously deposited into her student account by NSFAS last year, ...
News
4 years ago