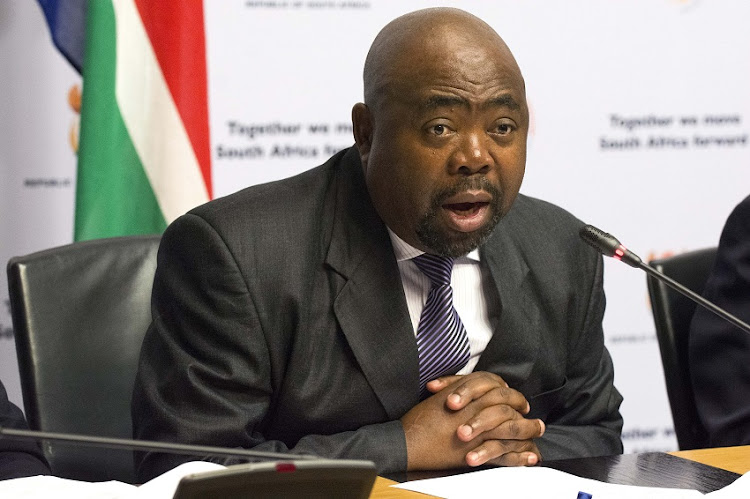 The department of public works is approaching the High Court in an attempt to claw back more than R1.2-billion from tenderpreneurs in over-stated payments and other irregular transactions in the government lease portfolio.

Dubbed "the department of tenders" buy its minister Thulas Nxesi‚ public works is also in moves to recoup another R296-million from landlords who leased exaggerated or non-existent parking lots to other government departments.

The information was disclosed by Nxesi and his acting director-general Imtiaz Fazel‚ along with Advocate Andy Mothibi‚ the head of the Special Investigating Unit (SIU)‚ which had probed irregularities in the government multi-billion building lease and property construction portfolio.

"We've recorded R1.2-billion worth of possible recoveries on matters that are coming up in civil courts‚" said Fazel.

"We also have a number‚ as of today‚ of R296-million‚ where we're offsetting payment to landlords on a monthly basis of overpayments that were made in the past because of parking bays that did not exist or square metres that were signed-up for‚ and a lease agreement was not there when we leased the building as well as incorrect rates for square meters that was utilised‚” he said.

"Cyril standing up to impunity"
News
3 years ago

Nxesi said the SIU investigation has also uncovered 16 000 suspicious transactions in the day-to-day emergency maintenance programme of the department's Property Management Trading Entity (PMTE)‚ to the tune of R2-billion.

The SIU investigations also found that close 2 500 employees of the department and its entities such as the PMTE were implicated in cases of conflict of interests as they held directorships in private companies that traded with the department.

"I want to mention that these are red flags where we find supplies doing business with the department for emergency maintenance where we spend R1-billion a year.

"This is unplanned emergencies and what you find is we make a number of payments for the same item to the same supplier sometimes on the same day.

"We also find that we are repairing and maintaining the same thing continuously like the same geyser‚ it would be repaired every other week. And we also find some suppliers who are engaged in perhaps 25 or 30 transactions of the department per day.

"You find as well‚ when you look at the trends and the patterns‚ in each if our regional offices you have two or three suppliers who are dominating seventy to eighty percent of the business (and) because maintaining more than 90 000 buildings and structures and we have 11 regional offices‚ sometimes you don't see these things‚” he said.

Nxesi said when he was redeployed to the public works portfolio by President Cyril Ramaphosa in a cabinet reshuffle in February‚ that 684 questionable appointments were pushed through at the department between November 2017 and February 2018.

This was while the government was undergoing a transition period from the leadership of former president Jacob Zuma to that of Ramaphosa.

He said he's now asked his counterpart at the department of public service and administration‚ Ayanda Dlodlo‚ to help him review the appointments.

"The result of this is to blow the compensation budget largely on no-essential post so that there is little left to make technical and professional appointments required to run a highly technical department like public works and its entity‚ the PMTE which manages the state's massive property portfolio of 92 000 buildings‚" he said.

Nxesi said he was committed to rooting out "criminal syndicates" and "state capture forces" that remained entrenched in his department and he would not be deterred by their dirty tricks of smear campaigns.