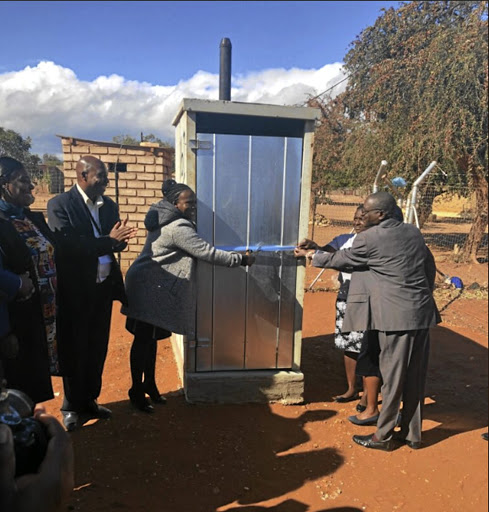 Villagers at Muswodi, in Limpopo, had a need for decency every time they had to answer the call of nature.

The Vhembe district municipality, in what it considered to be in line with President Cyril Ramaphosa's Thuma Mina spirit, sprang into action.

The municipality built a hundred pit toilets for families in the impoverished village.

Vhembe district mayor Florence Radzilani, and other officials, officiated during the handover event at the weekend.

The district was convinced of the praise they would get for doing something that would put an end to locals having to go to the bushes to relieve themselves.

But after the ANC posted the pictures of the ceremony of social media, "Black Twitter" reacted with vengeance, accusing the ruling party of being "uncaring" and of celebrating "mediocrity".

Some even went as far as to liken "the stunt" to a recent incident in Zimbabwe where government officials had a ribbon-cutting ceremony for a bin.

"ANC celebrating mediocrity, our people, the poor are being disrespected by this uncaring and stupid government. How the f**k do you celebrate handing over toilets? Actually, how do you even handover toilets?" tweeted Ribson Mphao.

But the ANC-run municipality was unfazed, pointing out that at least seven of those who received the toilets were people who lived with disability. 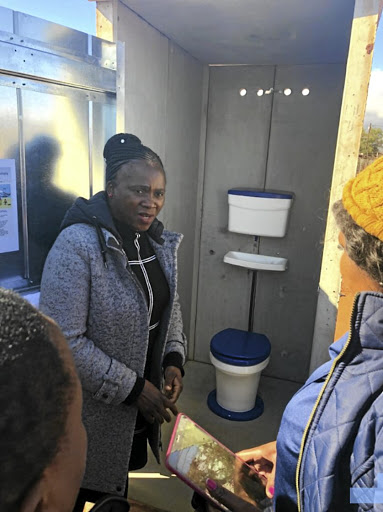 Radzilani explains to a recipient how the latrine works.

Municipal spokesman Moses Shivambu told Sowetan that recipients of the toilets had expressed gratitude for the sanitation facilities.

"The area is sandy and rocky, so moving the wheelchairs to the bush, you know it was challenging. It was a very serious challenge, hence you know handing over these sanitation toilets is a very great relief to them," Shivambu said.

The toilets were also criticised for their quality, with Twitter users pointing to cracks in the walls of the toilets whose pictures were posted.

"The material they used to build the wall they connected so when these toilets are filled up or maybe they are full, the wall can be removed and be reused again in another toilet," Shivambu explained.

"The handing over of the outside pit toilet is a degrading of the human rights of the people and standards health don't even agree to that, so we're very much disappointed," said Mokgatlhe.

The Organisation Undoing Tax Abuse (Outa) questioned the ribbon-cutting part of the handover.

"Although we are happy for the people receiving toilets, it is sad that in 2018 we have a ceremony for... toilets," Outa's manager of local government division Michael Holenstein said.

The three-year-old from Seshego is believed to have fallen into the toilet.
News
4 years ago

Pupils at Malatse Secondary School in Mpumalanga dread answering the call of nature.
News
4 years ago
Next Article