How the grip is closing on government officials 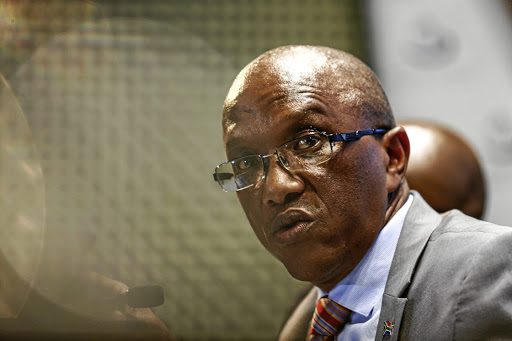 The office of the auditor-general will soon get more powers to enable it to initiate a process for public officials to be accountable for the losses suffered by government due to their decisions.

Over the years, auditor-general Kimi Makwetu has been identifying a lack of accountability in local government. The multiparty standing committee on the auditor-general (Scoag) on Tuesday adopted amendments to the Public Audit Act, the legislation that governs the operations of the auditor-general of SA, the country's supreme audit institution.

These amendments provide the audit office with the power to refer material irregularities to appropriate authorities such as the Hawks to investigate.

The AG will also enjoy remedial powers which will enable his office to recover money lost as a result of the irregularities.

Scoag chairman Vincent Smith told the media during the release of the 2016/2017 municipal audit outcomes yesterday that amendments to the Public Audit Act have been adopted by the committee and will be tabled to the house for adoption.

These amendments will, in a situation where the AG has evidence that the conduct of a public official has resulted in material financial loss, allow the AG to issue a certificate to recover the money from the official. This will also include instances of noncompliance with legislation, fraud or theft, breach of fiduciary duties, misuse or loss of material public resource, and substantial harm to a public sector institution.

Smith said the amendments will allow funds to be recovered from an official even when they have left their position.

"As long as you are not dead, they must find you. History has taught us that as soon as a person is investigated, they resign. What we are saying, as long as you are still breathing, you must be held accountable," Smith said.

Makwetu said: "One of the things we point out in the report is drawing attention to an increasingly difficult environment that auditors are finding in respect of the audits that we do. In the latest period we've had many staff members citing instances where they were confronted by an intimidating and hostile environment.

"[This happened] especially where they were shining the light in areas that were not looked at before," he said.