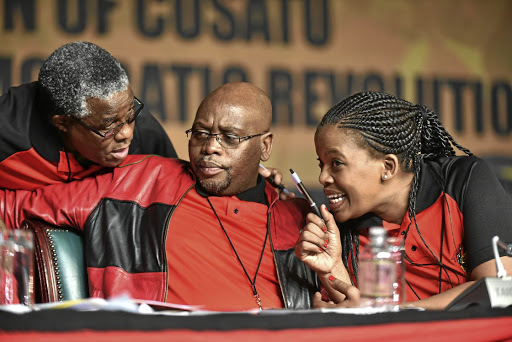 The amendment bill proposed repealing the provision for sectoral determinations in the light of the national minimum wage coming into force, but this was strongly opposed by business, trade unions and academics.

The committee has now completed its deliberations on the submissions made during public hearings on the National Minimum Wage Bill, the Basic Conditions of Employment Amendment Bill and the Labour Relations Amendment Bill which will now be redrafted in accordance with the committee's decisions.

Few changes were made to the proposals in the Labour Relations Amendment Bill which introduces the requirement for a secret ballot and regulates the rules for picketing.

Zingisa Losi tipped to be next Cosatu boss

There is a strong push under way within Cosatu to ensure that Zingiswa Losi is elected the first woman to lead the federation.
News
4 years ago

The committee has redrafted the definition of those who will qualify for the national minimum wage to include independent contract workers in accordance with the definition adopted by the National Economic Development and Labour Council (Nedlac) but overlooked by the Department of Labour when it drafted the bill.

This will take account of the trend in the labour market towards part-time employment, outsourcing and casualisation.

Cosatu parliamentary coordinator Matthew Parks said most of the recommendations made by the federation had been accepted. These included the retention of sectoral wage determinations, the fast-tracking of the minimum wage for farmworkers and domestic workers to 100% of the national minimum wage within two years. Cosatu was happy about the enhanced powers given to the minister of labour to extend collective agreements.