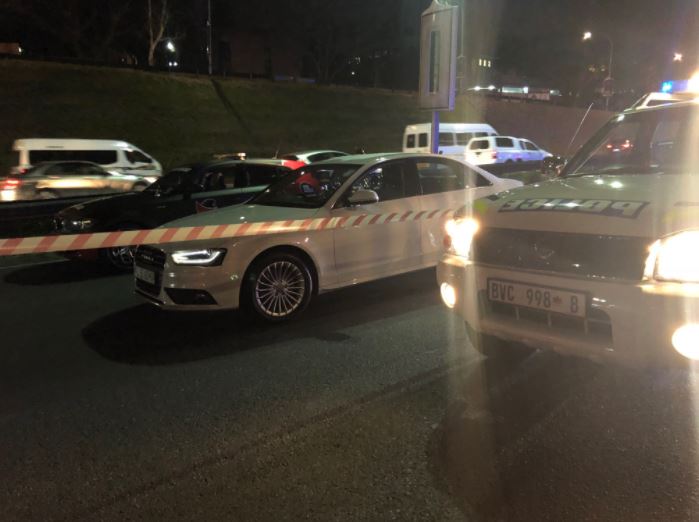 The M1 North in Johannesburg was closed on Wednesday evening following a shooting, which left one man dead.
Image: Twitter/@visiontactical

An apparent turf war between rival foreign kidnapping syndicates is believed to be behind the brazen murder of a motorist at the Glenhove offramp on the M1 in Johannesburg on Wednesday evening.

Majeed “Manjla” Khan‚ 52‚ was stuck in peak-hour traffic at 5.25pm when two gunmen shot out the tyres of the Audi A5 Khan was driving before shooting him eight times.

Witnesses told police the killers had been travelling on the M1 South in a white Hyundai Elantra.

Police spokesperson Captain Marvin Masondo said: “They stopped their car and walked across to the centre of the road and then crossed into the northbound lanes where they walked up to the victim‚ who was stuck in traffic‚ and shot him. After the shooting they walked back across the highway and got into their car and drove off.”