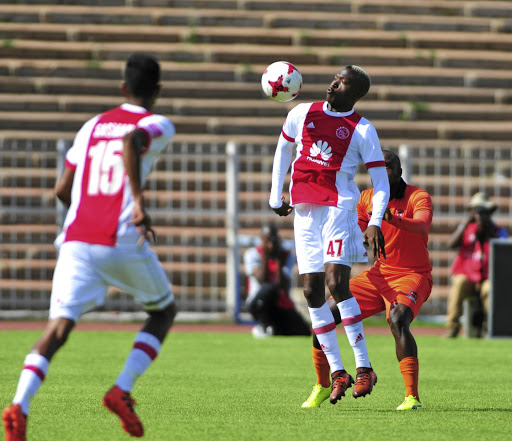 The Tendai Ndoro saga may drag even longer if his team, Ajax Cape Town, have their way.

The Ndoro's eligibility to play for Ajax case, which has spilled over to the normal courts, was back in the South Gauteng High Court in Johannesburg yesterday.

Ajax came to court seeking to set aside a decision taken by Safa arbitrator Nassir Cassim, SC, on March 28 that the PSL dispute resolution chamber [DRC] did not have jurisdiction to handle the matter, hence it was referred to Fifa.

The matter goes back to January when the DRC ruled in favour of Ajax that Ndoro was eligible to play for them.

In response, Fifa players' status committee ruled a week ago that they do not have jurisdiction on the matter and referred it back to "the competent authorities in South Africa".

Ajax's intention as explained by their lawyer Norman Arendse in court yesterday, is to ensure that Cassim's decision, specifically on jurisdiction, is set aside.

The first time Ajax went to court was on April 3 for an urgent interdict, which was dismissed, but the judge granted Ajax an urgent review of the arbitrator's verdict, and that's the reason it went back to court yesterday.

If the Urban Warriors succeed, it would revive the DRC's verdict that Ndoro is
eligible to play. In this case, the PSL will most likely appeal again and the matter will go back to Safa for arbitration, but this time to deal with the merits of the case and a decision will be taken from there.

If Ajax lose the case, they are likely to be docked some points from the matches in which Ndoro played. In all, he played eight matches and Ajax accumulated 10 points.

The case resumes in the high court today.