DA to amend constitution at congress 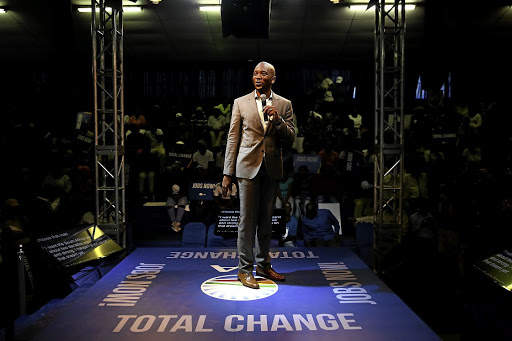 The Democratic Alliance (DA) is set to make amendments to its constitution this weekend which will include adding a clause on recalling its public office bearers if they are found to have contravened party policies or abused their positions.

The recall clause was proposed by the party's constitutional review committee in a bid to get rid of public representatives who no longer aligned themselves with the party's manifesto.

All this will be discussed at the DA's national congress to be held over the weekend in Pretoria where party leader Mmusi Maimane will be re-elected unopposed.

"If the president, a premier, a mayor or any other member appointed to any position in government fails to implement or contradicts party policy, or conducts him/herself in a way in which brings the party into disrepute, or harms the interests of the party. the party resolves to require him or her to resign from office.

Mmusi Maimane and James Selfe have been nominated unopposed respectively as the candidates for the positions of leader and federal council ...
News
4 years ago

"Failure by that member to resign will lead to the cessation of his or her membership of the party in terms of section 3.5.1.10," the DA booklet prepared for the congress states.

The DA has been forced to make constitutional amendments as it has failed in the past to deal with its members who have defied the party, such as Western Cape premier Hellen Zille and Cape Town mayor Patricia de Lille.

Flanked by the party's head of policy Gwen Ngwenya, Maimane yesterday said top changes to the policy proposals which would form part of discussion over the weekend included land redistribution, health, increase of social grants, decreasing the size of the executive as well as basic and higher education, among others.

"The debate will begin with 'how do we raise the child grant progressively to an objective measure of what it costs to feed a child'. Even after including this year's increase up to R410, it's simply not sufficient," said Maimane, in reference to the child support grant progressive increasing from the baseline of R380 to R400 on April 1, and to R410 on October 1.

According to the DA, the resolutions to be presented at the congress build on and extend the party's policy offer for creating an "inclusive society" with its three main points being on how it intends getting society to work, creating an environment to work and that "nobody is left behind and out of work".

Maimane said , the party still believed that land expropriation without compensation would be a setback to South Africa, maintaining its stance expressed in parliament.

He also said the congress would debate if voters should be allowed to directly elect a mayor or premier of their choosing.