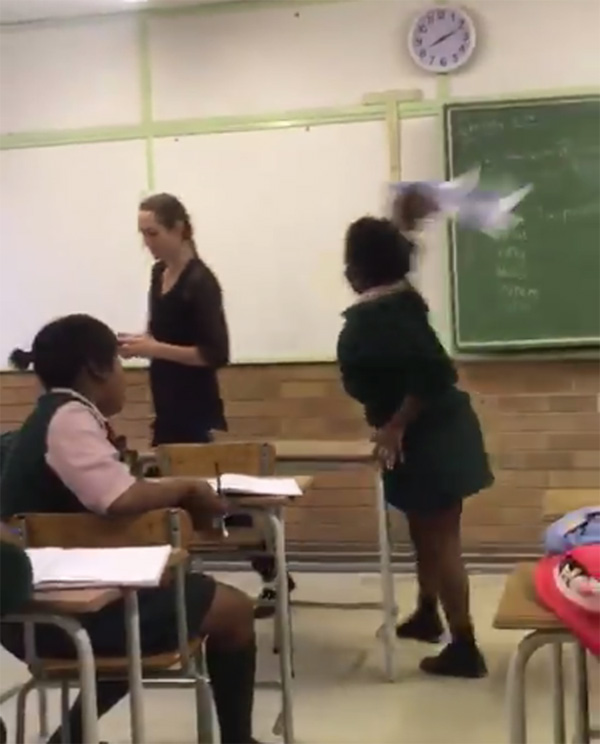 The parents of the Grade 10 pupil who was caught on camera in class throwing a book at her teacher believe she was provoked.

The video of the incident that happened at Three Rivers Secondary School in Vereeniging went viral on social media on Friday. It shows the angry pupil walking from her desk to the front of the class and throwing an exercise book at her female teacher.

The teacher is then seen walking away while pupils in the class laughed.

Yesterday, Gauteng MEC for education Panyaza Lesufi said the girl's parents were very firm in that their child was also a victim, although they acknowledged her actions were wrong.

"The parents believe their daughter was provoked and that she was treated unfairly.

"They acknowledge that the learner was wrong to act in the manner she did. We really feel the learner needs help and the parents have accepted the help," he said.

Lesufi has since visited the school to get an update. He said the girl had been suspended until the disciplinary process was concluded.

One of the pupil's classmates told Sowetan they had a business test they were expected to write later that day, and that the learner was revising for it.

'Expel Vaal pupil who threw a book at teacher'

The Education for Social Justice Foundation says it is outraged and infuriated by endless violence directed at teachers by learners.
News
4 years ago

"The teacher was marking our books and asked us not to open our books. We obviously did not listen. She then walked to [her] desk [where she was seated with another girl].

"The teacher grabbed the other girl's book but she managed to pull it back. She then grabbed [her] book and they pulled it back and forth until it was torn. That's when she got up and threw it at the teacher," he said.

The pupil said they were shocked by their classmate's behaviour. "I was shocked because she is not normally like that. I was playing with her earlier and she is not like that." 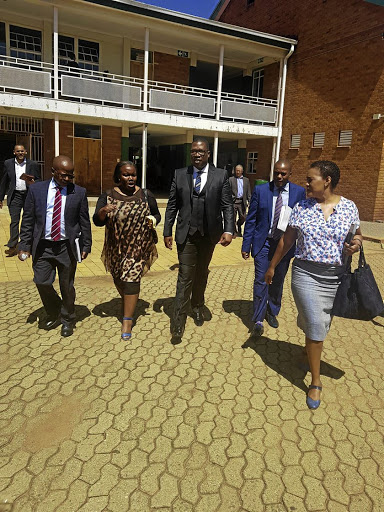 Gauteng education MEC Panyaza Lesufi with his entourage at Three Rivers Secondary School in Vereeniging where a pupil was caught on camera in class throwing an exercise book at her female teacher. /Twitter

Another pupil said she felt the incident was bad for the school's reputation.

"The incident made us look bad. I do not feel good about what happened," she said.

Some of the parents who came to fetch their kids yesterday said the pupil was wrong.

"We do not care what happened. A child is a child and she was wrong.

"They signed a code of conduct and they must live by it," one parent said.

Department's spokesman Steve Mabona said the other learner who also pulled her book from the teacher was
also suspended.

"The learner who took the video was also suspended. The three will be allowed to write an assessment test but will remain on suspension pending the disciplinary hearing," Mabona said.

Asked about developments on a case where a video of a pupil assaulting a teacher at Glen Vista Secondary school went viral in 2013, Mabona said the teacher later resigned.

"The learner and the video taker were expelled. Two years later, the teacher resigned due to depression," he said.