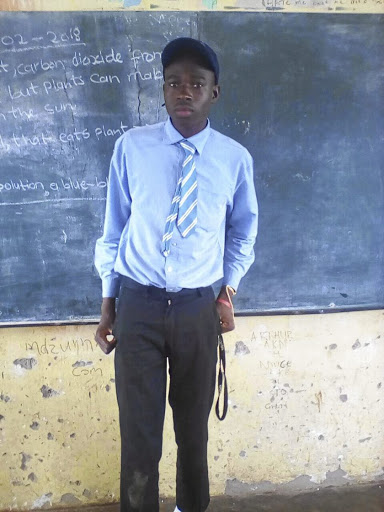 Cells Moyane (17),the victim of a stabbing.

A school pupil has been stabbed to death, reportedly for breaking up a fight between two of his classmates.

Cells Moyane, 17, was attacked on Wednesday night in Xikukwane village, outside Giyani, in Limpopo, allegedly by a fellow pupil's brother.

Cell's brother Elvis Moyane, 15, said his elder sibling separated the squabble as part of his duties because he was a class representative for Grade 8 at Mbangazeki High School.

Elvis said his brother's friend told him one of the two pupils threatened his brother and said he would "sort him out" after school.

"After 8pm, my brother prepared firewood as he wanted to cook food for both of us. I left him and went to sleep," said Elvis, sobbing.

Elvis said the next morning he was called by their neighbours who had found his brother's lifeless body in the yard.

No bail yet for Siam Lee murder accused

The 29-year-old businessman‚ who is facing a raft of charges including rape‚ cannot yet be named.
News
4 years ago

"I'm deeply hurt, life is going to be difficult without him. He was providing for me with the money he generated from piece jobs.

"He would fetch water and sell the litres."

Police spokesman Lieutenant Moatshe Ngoepe said Cells and a 15-years-old fellow pupil engaged in a heated argument at the school.

"Following this argument, the 15-year-old called his elder brother and they followed Moyane up to his home where the 20-year-old man allegedly chopped him with a sharp object, killing him instantly."

Ngoepe said that following the killing, village residents went on the rampage and burnt the suspect's family home. However, calm had been restored on Thursday when Sowetan visited the area.

Ngoepe said the 20-year-old man would appear in the Giyani Magistrate's Court.

His grandmother Salamina Moyane said her grandson's death had broken her.

"He was supposed to bury me, not the other way around. He loved church and was very respectful," she said.

The grandmother said she wanted Cell's killer to rot in jail because she would never see her adorable grandson again.

Elvis said his brother wanted to be a swimmer. The siblings were living together at home because their father works in Gauteng.