'Tiger Brands not to blame for listeriosis deaths' 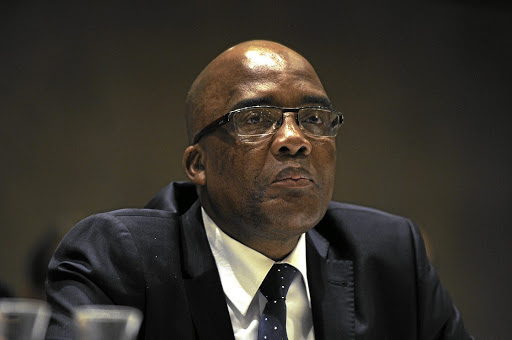 Spokesman Popo Maja said yesterday the department only confirmed that the ST6 strain linked to the outbreak of listeriosis was traced at the company's factory, but this was not to accuse the company.

"We are not accusing anyone of causing death," Maja said.

However, Health Minister Aaron Motsoaledi had said on Sunday the conclusion drawn from the tests reflected that the company's subsidiary, Enterprise Foods production facility, was the source of the outbreak.

Family members of those who died or those who became ill from listeriosis can bring a class action lawsuit against Tiger Brands.
News
3 years ago

"Listeria monocytogenes was isolated from over 30% of the environmental samples collected from this site, which happens to be the Enterprise factory in Polokwane."

Maja said the department would engage the company and other industry players to ensure the disease was contained. He said people should take heed and continue to practise good hygiene.

Meanwhile, regulators in the industry were yet to decide on who would conduct further investigations into the listeriosis outbreak.

National Consumer Commission spokesman Trevor Hattingh said three regulators - the commission, and the departments of Health and of Agriculture - would have to decide who should carry out this investigation.

The outbreak, which has been confirmed to be the largest listeriosis incident in history by the World Health Organisation, has claimed 180 lives and resulted in 948 people falling ill.

Tiger Brands CEO Lawrence MacDougall denied there was a direct link between products manufactured by the company and the outbreak.

Hattingh said the investigation would clarify whether Tiger Brands was justified in denying the link.

"In the absence of an investigation and findings to that end that absolve the manufacturer, it is rather premature to be disposing of such comments," he said.

"As soon as we've had an opportunity to meet with other regulators concerned then we will be able to discuss and map out enforcement steps between ourselves in respect of the respective pieces of legislation we implement."

Hattingh said aggrieved consumers who contracted the disease or had lost a loved one could approach the courts for relief. "In such a matter the consumer or relatives of a deceased would have to be able to prove to the court there is a direct link between the illness or death and the food products that have been recalled.

"The court has the competence to determine liability."