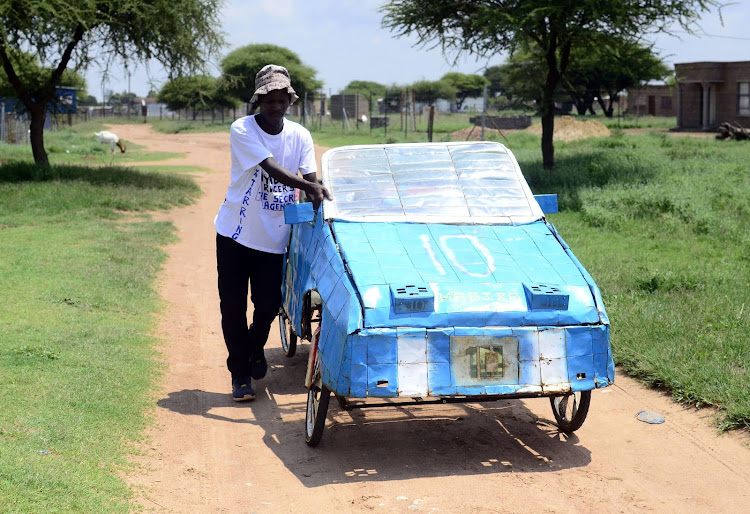 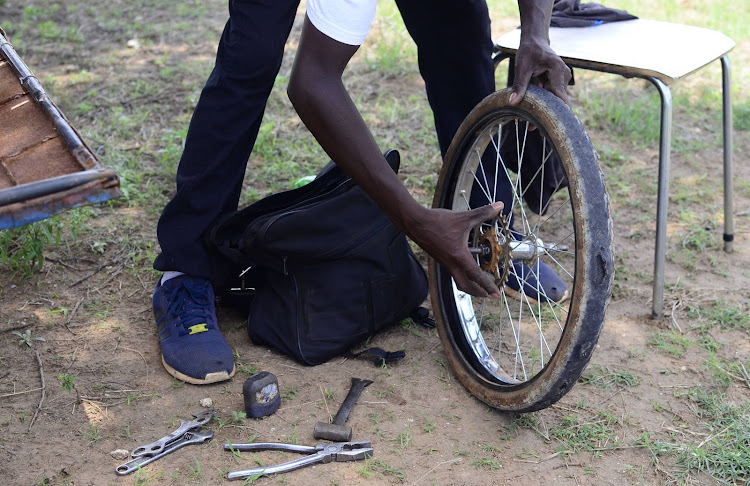 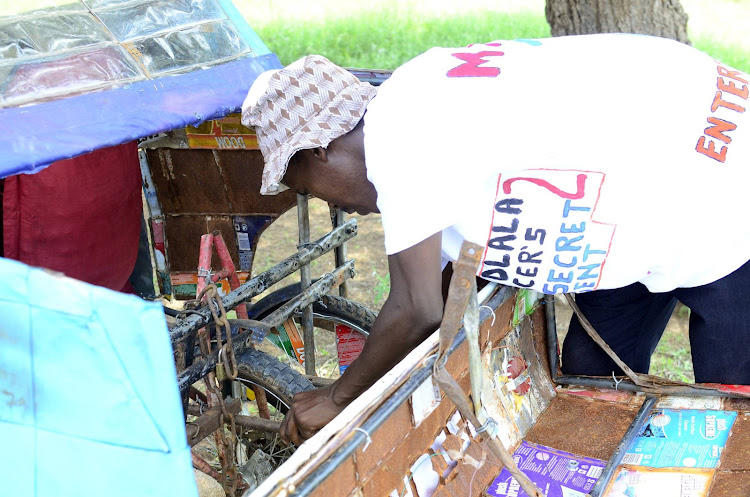 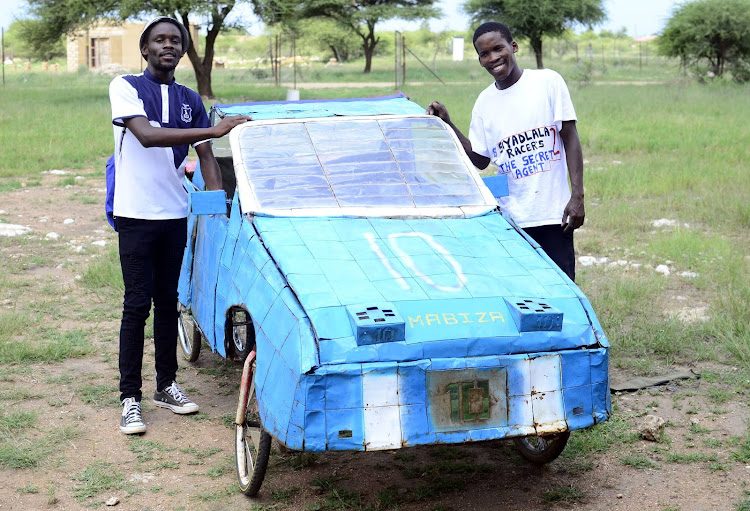 Is it a car? Is it a bicycle? These were the questions Mahikeng residents had when they saw Patrick Chweu’s invention.

"It took me six months to put it together ... This is the fourth attempt"

He matriculated in 2011 and was unable to study further due to financial constraints.

So, he started collecting recyclable tins and bottles, and designed them into toy cars.

Chweu said the business started slow with him selling a toy car at R20, but people developed an interest in what he was doing. Nowadays, he sells 10 toy cars on average per month, each costing R150.

He said while selling the small toy cars in town and at taxi ranks, he received compliments from people, and many told him he could actually design and make his own car.

He said he did not take them seriously until a man approached him after seeing the little car toys.

“The man said, ‘I like people who approach life in a different way’,” Chweu said. The compliment touched him.

“To me, it said I was unique. My work made someone cry, and I told myself that I was going to challenge myself.”

After that Chweu said he sat down and started designing his new mode of transport.

He said it was not easy. “It took me six months to put it together, still it was not okay. This is my fourth attempt.”

Eventually, he got it on the road in December. “It has already travelled for 53.7km in just one trip from Lotlhakane village and back home.”

Chweu’s four-wheeled car, named after his soccer name Mabiza, also has a sunroof.

He used a pillow and sponges to make himself a seat. Its windscreen is made out of plastic bottles.

The car does not use petrol to move but bicycle pedals.

After seeing Chweu’s invention at the Crossing shopping complex at the weekend, Thebe Keameditse took pictures and posted them on Facebook.

“When age or poor socioeconomic conditions will not stop you from driving your dream car,” Keameditse wrote.

This has inspired Thato Molosankwe to help raise funds for Chweu.

Molosankwe said after helping Chweu buy the necessary materials, he will ride it to Klerksdorp in a move to create awareness for young people to find ways to use their talent.

“Chweu’s invention proves that a lot of young people think positive. Their dream gets shattered because of lack of support from home, community and government,” he said.