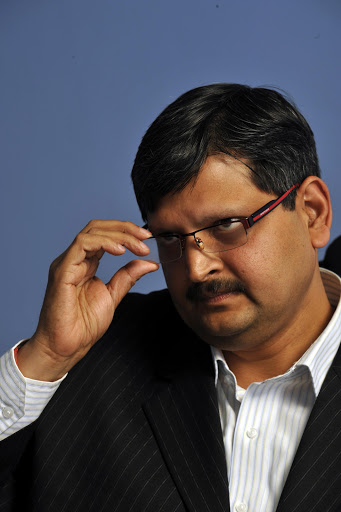 The Directorate for Priority Crime Investigation‚ known as the Hawks‚ has called on one of the controversial Gupta brothers‚ Atul‚ to hand himself in or face being branded a "fugitive".

Business Day understands that Atul Gupta’s lawyer has been contacted by phone and SMS and told to ensure his client hands himself over.

This was evidently after the lawyer told the media earlier that none of the Guptas had been arrested.

"We called the lawyer and said ‘you bring that man‚ if you don’t bring him you must know that he will be regarded as a fugitive’‚" a reliable source said.

Last month‚ the National Prosecuting Authority placed the Guptas at the heart of a conspiracy to "swindle" R220m from the Free State‚ which was meant for emerging black dairy farmers.

Eight associates of the controversial Gupta family appeared in the Bloemfontein Magistrate’s Court on February 15 2018.

Hawks have issued a warrant for Atul Gupta, thought to have evaded them in yesterday's raids.
News
4 years ago

Security is being heightened at the Bloemfontein Magistrate's Court as Gupta family and their business associates appear.
News
4 years ago

Gupta lawyer says his clients are not arrested

Ahmed Gani‚ the embattled Gupta brothers' lawyer‚ says his clients have not been arrested.
News
4 years ago
Next Article