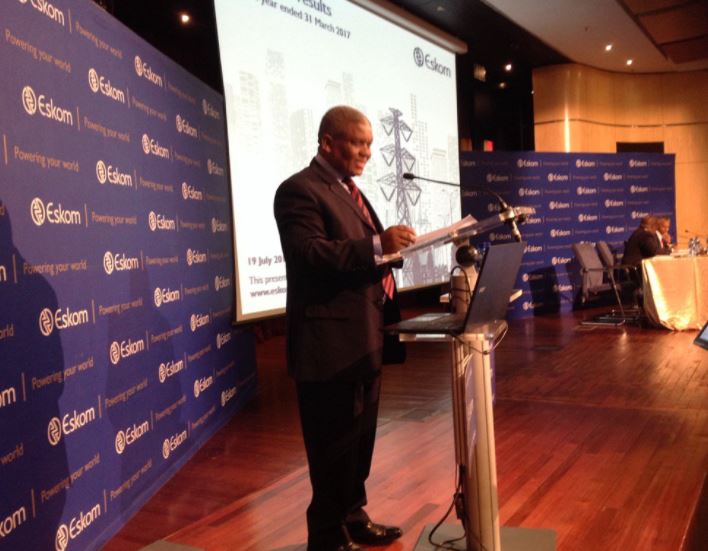 The Democratic Alliance has welcomed what it called the long-overdue resignation of Eskom chairman Zethembe Khoza but said his resignation does not absolve him of the role he played in the decline of the parastatal.

The DA’s shadow minister of public enterprises‚ Natasha Mazzone‚ said the DA would not allow Khoza‚ or any other person implicated in corruption at state-owned enterprises (SOEs) or state capture to escape the consequences.

Fin24 reported on Saturday that Khoza had sent a letter of resignation to Public Enterprises Minister Lynne Brown on Friday but was still waiting for her to accept it.

"I think it's in [the] good interest of the country...after all the noise‚ it's better for me‚" Fin24 quoted Khoza as saying.

News of his resignation comes amid speculation that a new Eskom board will be appointed this weekend. Mazzone said it was imperative that there was no unnecessary delay in the appointment of a new Eskom chair and CEO.

“We cannot allow speculation to do even more damage to our besieged energy utility‚” she said.

“The appointment of suitable and capable Chairperson and CEO is only the first step in helping ESKOM recover from the chronic mismanagement and looting which has brought the parastatal to the brink of collapse‚” she added.

Eskom is in secret discussions to terminate the employment of controversial executive Matshela Koko.
News
4 years ago

Nhlanhla Nene among those being considered as new Eskom chair

Former finance minister Nhlanhla Nene and current Telkom chair Jabu Mabuza were on Friday night being considered to take over as chairman of the ...
News
4 years ago

Anoj Singh signed a secret deal binding the cash-strapped utility to pay a R400m "signature fee" to an obscure offshore entity.
News
4 years ago
Next Article