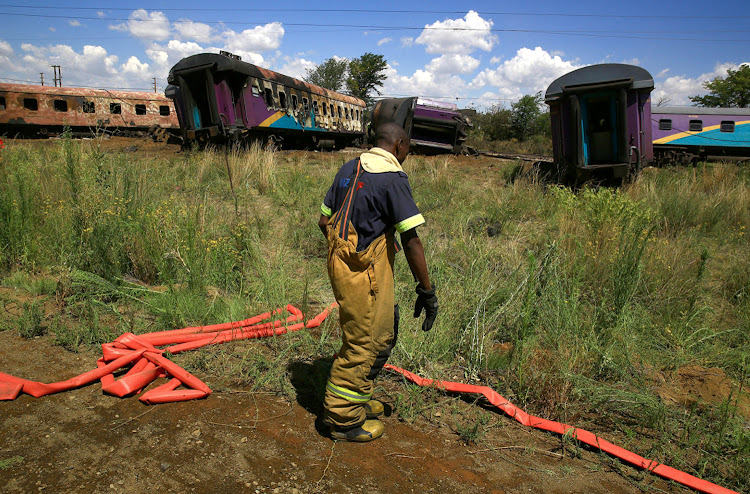 The scene of the train accident
Image: Simphiwe Nkwali

The Railway Safety Regulator (RSR) will on Monday release its preliminary findings into the train accident near Kroonstad‚ which resulted in the death of at least 18 people.

According to the regulator‚ a Shosholoza Meyl train from Port Elizabeth to Johannesburg collided with a truck at the Geneva level crossing in the Free State on Thursday morning.

The truck‚ which was hauling two trailers‚ was dragged on the railway line for 139m‚ resulting in the derailment of six train coaches‚ the regulator said.

The RSR is responsible for investigating railway accidents to determine the cause and make recommendations to prevent or reduce the risk of recurrence.

“The Railway Safety Regulator is in the process of instituting a board of inquiry to establish the root cause of the occurrence and to provide recommendations in order to prevent similar occurrences.

“Preliminary findings into the collision will be released by the RSR on Monday‚ 8 January 2018‚” regulator spokeswoman Madelein Williams said.

Williams said the regulator had dispatched its investigators on Thursday‚ following the accident which occurred at 9am.

The investigators returned to the scene of the accident on Friday.

Transport Minister Joe Maswanganyi‚ who visited the scene on Thursday afternoon‚ said the accident was as a result of the truck driver who did not stop at the level crossing.

“He was taking chances‚” Maswanganyi said.