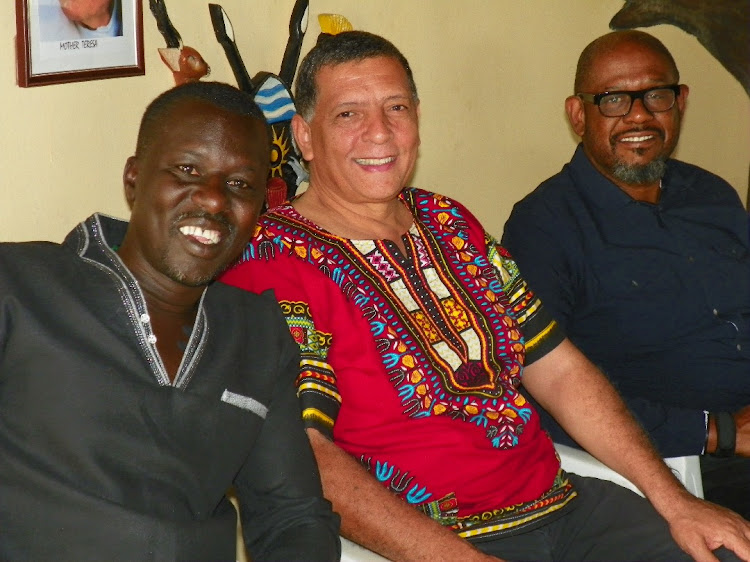 A South African poet and intellectual has been working with Hollywood A-lister Forest Whitaker to bring peace to some of the most violent countries on the planet.

Brian Williams‚ a former chair of the University of the Western Cape's council and president of the convocation‚ has been facilitating peace training for child soldiers and youth who were affected by the civil war in Uganda and South Sudan.

Williams has been contracted by Whitaker's peace foundation - the Whitaker Peace and Development Initiative.

"The focus is on the youth. In South Sudan‚ everyone in the programme was directly and indirectly affected by the ongoing civil war‚'' said Williams who is the visiting professor in peace‚ conflict transformation and mediation and labour relations at two African universities.

"The training is directed at getting young people to attain inner peace and to do different things to bring peace in the lives of others."

Though her journey as a nurse started in 1994‚ Vermeulen only became a qualified nurse in 1999.
Good Life
4 years ago

In Uganda‚ said Williams‚ the same transformative peace training programme has been offered to youngsters from the Kiryandongo Refugee Camp and youth from the Acholi region.

According to Human Rights Watch thousands have been murdered in South Sudan - often "because of their ethnicity or perceived political alliances in South Sudan's ongoing conflict."

And in Uganda Human Rights Watch has expressed concerns about freedom of association‚ assembly and expression.

On Wednesday AFP reported that a Ugandan court released eight editors and directors of a newspaper who faced treason charges.

"They were charged with treason over an article implicating President Yoweri Museveni in a plot to overthrow his Rwandan counterpart‚'' the article read.

Whitaker is a member of the United Nations Sustainable Development Goals Advocacy Group and‚ according to his organisation's website‚ believes that "in order to attain peace and prosperity‚ communities and nations must heed the voices of their diverse and vibrant youth.''

"He is the vision bearer of the project and facilitates the funding to make the projects possible‚'' said Williams.

Okello told TimesLIVE that he had met Whitaker when he was filming The Last King of Scotland in which the actor portrayed Idi Amin.

Together they started working on facilitating peace processes in that country.

Okello said Williams is valued member of the team.

"One thing that we value about Brian is how he brings academia into the programme to empower youth...his methodology of educating young people to promote peace. He teaches them to analyses issues to have a peaceful society which will help Africa to develop.''

Okello believes that it is time for Africa to ''sober up'' and transform society and that requires‚ among other things‚ a transformed education system and good leadership.