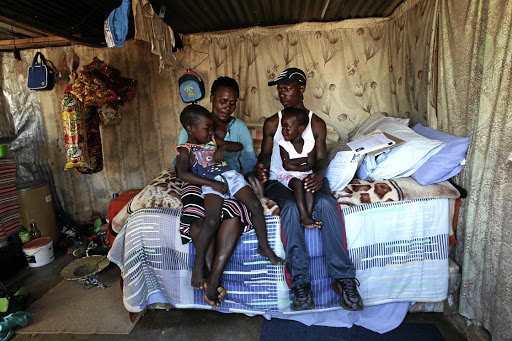 David Sithole wanted to be a pilot growing up but his dream came crashing down when he was wrongfully arrested and convicted in 2002.

Sithole, then a 21-year-old from Mamelodi, east of Pretoria, had set his sights on finishing high school despite repeatedly failing his grades. He was determined to better his life.

But the dream for the Grade 10 pupil was shattered followng his conviction on a charge of robbery with aggravating circumstances.

He was accused of robbing someone of a cellphone at gunpoint.

He was sentenced to 15 years. In 2010, after serving eight years, he was released on parole. In 2013, Sithole successfully appealed his conviction at the Supreme Court of Appeal.

Speaking to Sowetan last week, Sithole, 36, told of his ordeal that turned his life upside down.

"I cannot get a job to support my family because I still have a criminal record on my name. My image has been tainted because when people see me they see a criminal.

"I had to drop out of school and forfeit my dreams of securing a better future for myself and my family," Sithole told Sowetan from his shack in Mamelodi.

"I wanted to be a pilot and buy my family a proper house. No one was employed at home and I did piece jobs to support my family and also to pay for my school fees."

Sithole has lodged a civil lawsuit against the state demanding R8-million compensation for his years in prison at Zonderwater Correctional Service.

Copper thieves are more likely to be convicted in South Africa than rapists. And in Gauteng and the Free State‚ many rapists are receiving suspended ...
News
4 years ago

Sithole said all he wanted was to provide for his two children aged three and five.

"With the money that I am claiming from the state, I want to start a business that will sustain my children in the future.

"I grew up in a shack but I don't want to see my kids growing up in the same environment. The first thing I will do with the money will be to buy a beautiful home for my kids and save some for their education," he said.

For now Sithole helps his uncle with his welding business just to make sure his family does not go hungry.

Justice Department spokesman advocate Mthunzi Mhaga said Sithole should take the high court judgment that overturned his conviction to a police station where the case was opened to expunge the criminal record.

"The file will be closed as not guilty and he will be cleared of a criminal record on his name," Mhaga said.

For now, however, Sithole's life remains on hold and his name blighted by a crime he never committed.