Woman goes to court to demand her RDP house 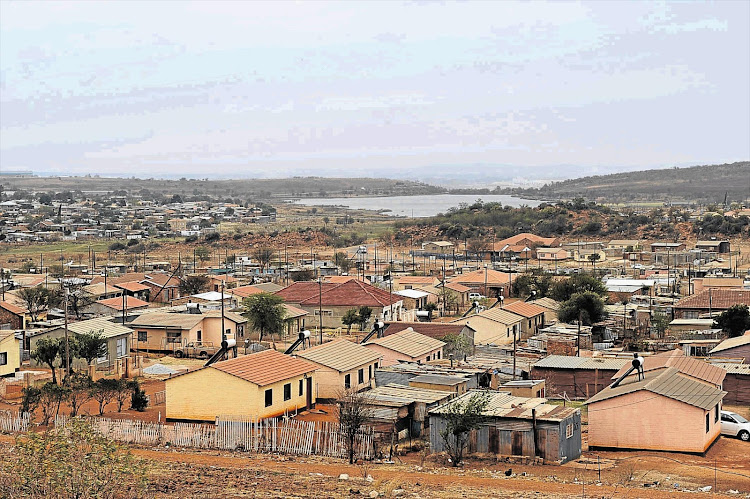 Buthelezi, 46, is one of 294 residents of Sibongile township in Dundee, KwaZulu-Natal, involved in a class action against their municipality over the allocation of RDP houses. The case will be heard today.

Frustrated and seeking answers, residents formed Endumeni Civic Association to lead the battle over the allocation of RDP houses three years ago.

Buthelezi's story is outlined by Muziwakhe Sithebe, the chairman of the association, in his founding affidavit.

The association now seeks a court order to compel the municipality to provide a report that identifies all RDP house applicants and a plan on how the process of allocating the houses is implemented.

The Endumeni local municipality is accused of manipulating waiting lists for RDP housing and having unclear housing allocation systems and policies.

Sithebe stated in court papers that in some instances the municipality would allocate a single house to three applicants.

"The [waiting] lists have been tampered with by the officials of the first respondent [municipality]," stated Sithole.

Sithebe stated that Buthelezi's RDP house was approved in 2008 and a stand was even allocated to her.

In September 2007‚ Ndumiso Mkhize* was moved together with more than 1 500 people from the old Sethokga Hostel.
News
4 years ago

On the fun side‚ the project will contain a theme park.
News
4 years ago

A volunteer working at the City of Johannesburg’s Ivory Park Housing Department offices was arrested on Friday by the Hawks for illegally selling ...
News
4 years ago

For nine years she frequented Endumeni offices. In September 2015, Buthelezi found out her house was occupied by someone else.

After lodging a complaint with the municipality, Buthelezi was then temporarily assigned another RDP house. "Since [Buthelezi] is aware that the house . she currently occupies does not belong to her but somebody else, her fear is that the house will never be registered in her name and she might be evicted," according to Sithebe.

The municipality in its answering affidavit conceded there were problems but felt the relief sought by the residents was too broad.

"The reason why the first respondent opposes this application is merely that it contends that the relief sought . does not constitute a proper and appropriate solution to the problem," said municipal official Thabani Biyela.

The Legal Resources Centre has agreed to assist them launch a civil case against the municipality.

The centre's Thabiso Mbhense said: "Those represented by the Endumeni Civic Association are the most needy and vulnerable residents of the municipality.

"Some of them are not well-informed about their prospects of having decent shelter over their heads," he said.