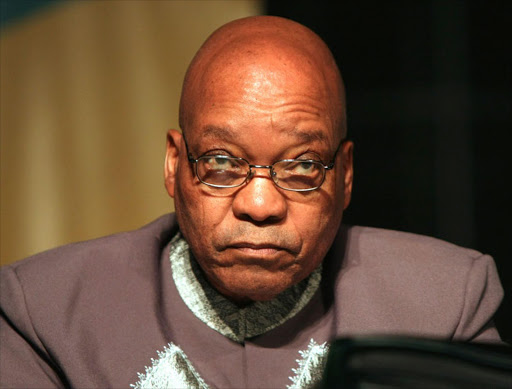 He said this was declared by Zuma in his 2016 entry in the public part of his declaration of interests in line with the provisions of the Executive Ethics Code.

Speaking to journalists after taking more than an hour at the Union Buildings in Pretoria to peruse the record for the period between 2009 and 2017‚ Maimane said there was however no mention of the R1-million rand monthly salary that Zuma is said to have received from Moodley’s Royal Security company for the first four months of his presidency in 2009.

This information is contained in the explosive President’s Keepers book penned by journalist and author‚ Jaques Pauw‚ which has riled the State Security Agency and SA Revenue Service.

“As far as the Executive Ethics Code is concerned‚ that information should be declared in the public record of the presidency and what became very clear‚ having viewed the record‚ is that none of the information was declared by the President‚” he said.

Maimane said he was dissatisfied with the record prepared by the Presidency‚ saying the DA would now proceed with a Promotion of Access to Information Act (PAIA) application to have access to the private part of the record.

He said somebody was lying about the alleged R1-million salary but said that cannot be Pauw.

“We are going PAIA the information so that we get the information around the president’s private declaration. It is very clear that what was prepared today by the Presidency was a public record and a list of gifts which are common because that comes from various heads of state from inauguration events…‚” he said.

He said also missing from the record of declaration was the VBS Mutual Bank’s R7.8-million to pay back the state for the funds used to upgrade his Nkandla homestead.

Maimane said Zuma did also did not declare donations he received from convicted fraudster from Shabir Shaik which he said became part of the court record when it came to Zuma’s report in the court case against Shaik.

He said it was also of interest that the first time Russian president Vladimir Putin was mentioned in the record was only in 2016 when he sent a few books.

He said it was of concern that sponsorships to Zuma’s events were not declared and that the declaration did not reveal the value of items received‚ only that‚ for example‚ he had received a silver watch from Black Management Forum or Nguni cattle from Zimbabwean President Robert Mugabe.

Maimane said the declaration that Zuma received gifts from Sudanese President Omar al Bashir‚ who is wanted by the International Criminal Court for genocide‚ was an indication that he would take gifts from anyone.