Botswana’s governing party wins tight election. But biggest tests are yet to come 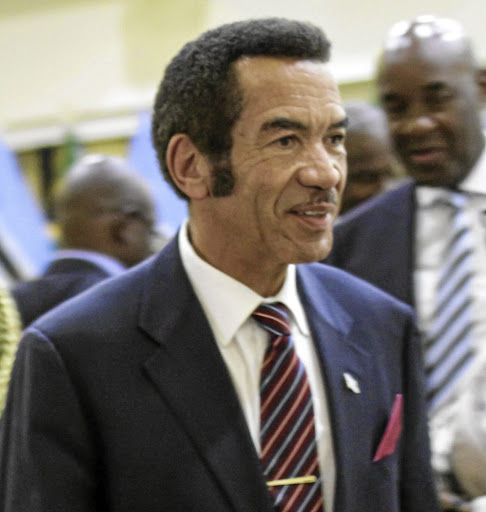 The Botswana Democratic Party, which has governed the country since independence in 1966, has retained power in one of the most competitive elections in the country’s 53-year post-independence history. It retained its parliamentary majority, winning at least 29 of the 57 contestable seats in the National Assembly.

Botswana has a first-past-the-post electoral system in which a simple majority is required to win government. The southern African nation has a population of 2,2 million, of whom 900 000 were registered to vote.

The Botswana Democratic Party was uniquely vulnerable in this election. The party faced a surging opposition as well as the fact that it had been weakened by an internal split between former President Ian Khama (66) and the newly-elected President Mokgweetsi Masisi (58).

Khama handed the presidency and party leadership to his then vice president Masisi in April 2018, planning on a smooth succession of leadership.

Khama subsequently quit the Botswana Democratic Party and endorsed the opposition, a manoeuvre that risked cleaving votes from the ruling party’s heartland in the Central District where Khama is leader of the Bamangwato chieftainship. Khama is the son of Sir Seretse Khama, the first President of an independent Botswana. His father led the country from 1966 to 1980.

Two major factors affected the outcome of the poll. The first was the crippling divisions in the ranks of the opposition parties. The second was that the ruling party clung to power through, among other things, Masisi’s direct appeal to populism.

This included promising the military, police, and prison workers salary increases and ambitiously pledging to deliver new jobs by building electric cars in Botswana. The party also benefited from the use of state media.

The governing party has retained power. But serious challenges lie ahead as it celebrates victory. At stake is Botswana’s glowing reputation for democracy and prosperity.

Botswana was one of the poorest countries in the world at independence. The Botswana Democratic Party proved to be effective economic managers, drawing from the country’s vast wealth in diamond deposits. Diamonds account for 24% of the country’s GDP and 73% of its exports.

Sir Seretse Khama played a crucial role in attracting foreign aid and alliances. He depicted Botswana’s African majority rule as a prosperous alternative to the ideology of apartheid in South Africa.

The state’s reliance on lucrative, but limited, export goods for revenue hinders more inclusive development. Botswana’s Gini index was measured at 53.3 in 2015, making it one of the most unequal societies in the world.

The country must also confront the long-term consequences of climate change. The government concedes Botswana’s food security is jeopardised by increasing crop failure and livestock mortality.

This is not a good time for Botswana to be dependent on diamonds, a finite resource vulnerable to global market downturns.

Botswana’s democratic credentials are increasingly coming into question. It is yet to achieve a transfer of power from one party in government to another.

Khama willingly stood down as President at the end of his second term, as required by the Constitution. Nonetheless, the country must address the authoritarian legacies of his leadership style.

Khama’s government was accused of intimidating the media and political opponents, suspending judges, enlarging the powers of intelligence agencies, and sanctioning extra-judicial killings. The new government should consider constitutional reforms to curb the executive powers of the Presidency and the potential for such abuses.

Botswana has effective institutional mechanisms to limit corruption. But, the image of accountability is weakened by the centralisation of key anti-corruption bodies within the office of the President.

Another challenge will be to open up the political system to under-represented groups. Women have been represented in less than 10% of the seats in the National Assembly since 2014. Minority ethnic groups, like the Basarwa, do not have a sufficient platform to safeguard their interests.

The country was praised by human rights groups after its High Court decriminalised gay sex in June. But the decision is being appealed by the country’s attorney-general. This raises doubts about the government’s commitment to upholding human rights.

There is an important lesson the Botswana Democratic Party can learn from the serious challenge it faced to its de facto one-party rule in the 2019 election. Political competition might just give the party some incentive to initiate policies that will benefit the unemployed and disadvantaged. This might help it retain power in future.

However, the personalised nature of the Masisi-Khama contest has somewhat distracted from core policy concerns and the needs of marginalised groups.