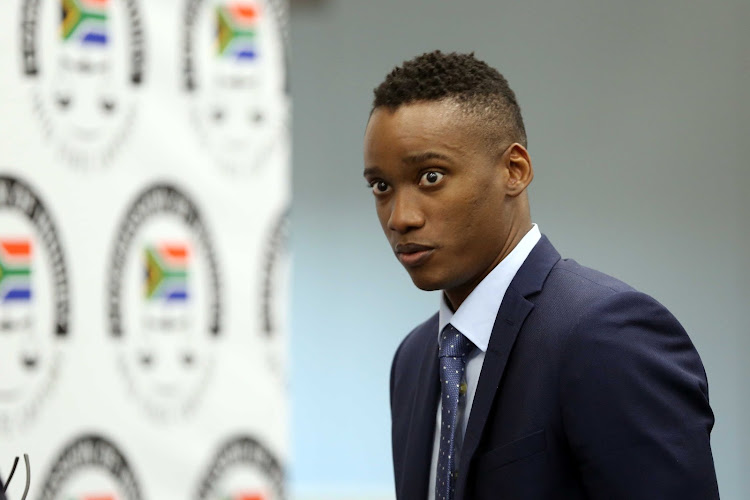 Duduzane Zuma’s first day at the Zondo commission of inquiry into state capture on Monday was punctuated by denials, concessions, chuckles and jabs.

Zuma, who was accused of being central to the state capture project by facilitating deals and meetings for the Guptas, has denied being the controversial family’s conduit during his father, former president Jacob Zuma’s, tenure.

A smiling and confident Zuma answered questions around his businesses with the Guptas that scored contracts with the government as well as allegations of facilitating meetings between government officials and the family that has close links with his father.

Zuma told the commission that he did not see any conflict of interest with the government channelling advertising to the television station that was owned by one of his companies.

“The conflict, myself being the son of the president at that time, my father being in office, I think that’s an unfair point to make by Mr Sundaram or anyone else,” said Zuma.

Zuma also refuted claims by former deputy finance minister Mcebisi Jonas that he was taken to the Gupta house, where he was offered a ministerial position and a R600m bribe, without his knowledge.

According to Zuma, when Jonas jumped into his two-door Mercedes Benz at the Hyatt Hotel where they initially met, he knew they were going to the Gupta family home in Saxonwold.

He said that Jonas could not have just got into a car without knowing where he was going.

“So he jumped in my car and decided he was gonna go where I'm gonna take him?,” asked Zuma.

"He knew exactly where we were going, who we going to meet and why.”

Jonas last year told the commission that when Zuma proposed to change venues, he did not tell him where they were moving the meeting to but he understood that they would go somewhere else where other people would join them.

Duduzane Zuma took to the stand at the Zondo commission on Monday October 7 2019. Zuma testified to his version of numerous events, including the infamous Oakbay meeting and his part in television station ANN7. Subscribe to MultimediaLIVE here: https://www.youtube.com/user/TimesLive

Zuma was at pains explaining why he had to facilitate a meeting between Jonas and businessman Fana Hlongwane, who were already friends, and why he did not move the meeting to his house which was a couple of minutes from the Gupta home.

“I think what we need to understand is I’ve conducted many meetings from the Gupta residence. On a daily basis that was the preferred meeting place outside of an office environment. My residence, purely, was a private residence for my stay."

Zuma confirmed that he took the former Hawks head Johan Booysen to meet the Gupta family home in 2015 but said that it was a meet and greet after Booysen had shown interest in them.

Booysen had told the commission that he met with Zuma who, without his knowledge, took him to the Gupta house where he met with Rajesh who went on to tell him that he was shortlisted to become the head of the Hawks when only a few people were privy to the information.

Zuma told the commission that he and Booysen – whose engagements were usually social in nature - were always clear that on that Saturday they were going to meet the Gupta family.

Zuma confirmed Booysen’s version that they drove in his expensive Rolls Royce but a white one not a black one as previously stated by Booysen.

When asked if he indeed owned a Rolls Royce, a chuckling Zuma responded: “Not a black Rolls Royce but there a white Rolls Royce… at the time. I was doing well chair.”