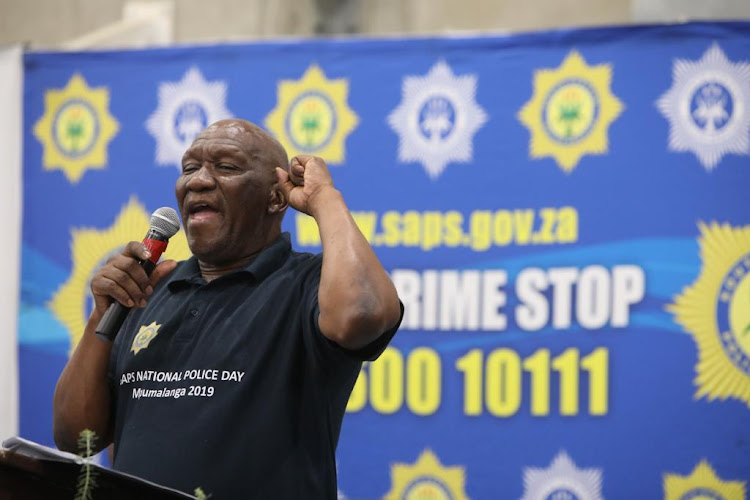 Police minister Bheki Cele has urged the community of Plessislaer in Pietermaritzburg to give the police space to deal with political killings in KwaZulu-Natal.

"Give police space to work. We know where we're going. Those who are still thinking about killing people must stop," Cele said.

He was speaking during an imbizo with the community of Plessislaer as part of his engagement with them on how to enhance policing and community relations.

The suburb was one of the top 10 affected by crime in the province according to the 2018 national crime statistics. In recent weeks, it had been hard hit by a spate of murders with community members calling for Cele's intervention.

Cele also sounded a warning to criminals, saying the police would not be intimidated by them.

Police minister Bheki Cele addressing the Plessislaer community in Pietermaritzburg on how to enhance policing and community relations on Tuesday @TimesLIVE pic.twitter.com/BA1PmKWhzs

"The killing of the people must come to end. We're here to work on behalf of the people of this province and we also promise to work hard to change the way the police are working here," he said.

The tough-talking police minister said he longed for a situation where young women could walk in the middle of the night without fear of being raped.

"We want you to help us to root out criminality and the killing of politicians in this province," he said.

Cele admitted there was a shortage of police personnel in police stations.

He said he had also been briefed that there some police stations that were not doing their job properly.

A whopping 4,174 members of the South African Police Service (SAPS) have criminal records, for a variety of crimes such as assault, theft, kidnapping ...
News
2 years ago

Crime is getting out of hand and police are doing close to nothing about it.
Opinion
2 years ago
Next Article