Durban man weeps as he pleads his innocence over cycling deaths 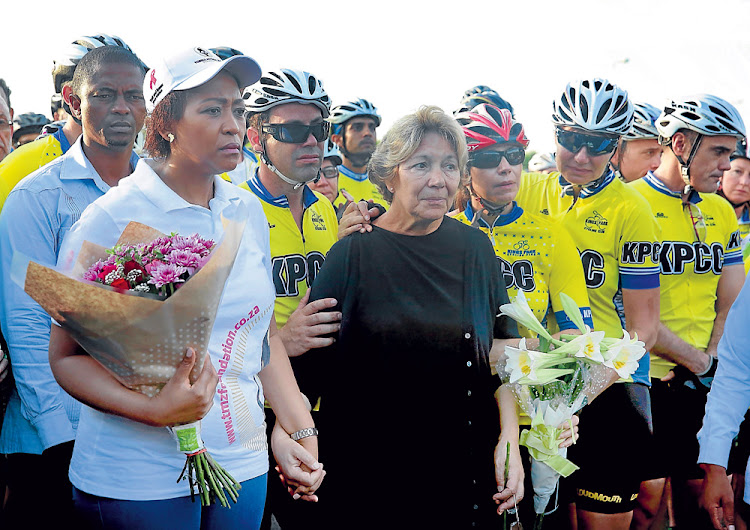 Omesh Ramnarain wept in the dock of the Durban Regional Court on Monday as he faced two culpable homicide charges over the 2016 deaths of cyclists Richard da Silva and Jarred Dwyer.

He also stands accused on a single count of driving while intoxicated.

Ramnarain is accused of driving his car into the pair as they cycled on the M4 freeway that February. In a plea statement read into the court record‚ Ramnarain revealed his versions of events that led to the deaths of the two men. He sat in the dock and wept quietly as the statement was read out‚ sometimes taking notes or leafing through a pile of papers as a rosary was set beside him.

“I was not under the influence of alcohol at the time and drove myself and my friend onto the M4 toward Umhlanga Rocks‚" his statement said.

He wove a story of how he’d been following another car as they traveled north.

“After the car [he had been following] almost passed the Swapo Road [formerly Broadway Road] off-ramp it suddenly swerved left toward the glide off moving onto the glide off at the last possible moment.

"I continued straight in my lane and moments later heard a loud bang and my windscreen shattered. I braked and moved toward the left and heard another bang... I could not see out of my smashed windscreen‚” his statement continued.

He said he had not seen the cyclists prior to hitting them and submitted that he had not been negligent in respect of their deaths.

Ramnarain was arrested at the scene of the crash in February 2016.

Da Silva and Dwyer were among a group of cyclists taking part in a training ride on the M4 Ruth First Freeway when‚ at about 5am‚ they were hit by a VW Golf GTI.