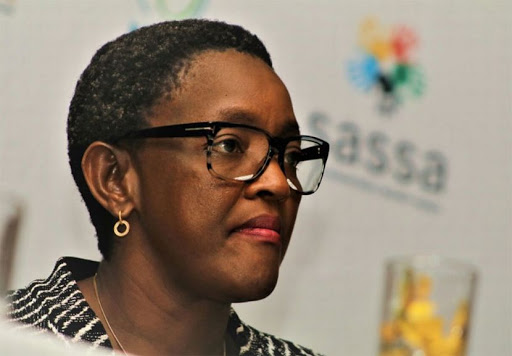 Millions of people’s livelihoods will be the focus of a showdown in parliament on Tuesday.

There have been months of uncertainty over how the SA Social Security Agency (Sassa) will be able to meet a Constitutional Court deadline to switch service providers to pay about 17 million grants after the existing contract with Cash Paymaster Services (CPS) was declared invalid.

Dlamini has missed previous meetings in parliament to discuss the issue‚ but Scopa chairman Themba Godi warned against another no-show on Tuesday morning. “For her own good‚ she must come. If she doesn’t come‚ we’ll subpoena her‚” he told talk radio 702.

There are likely to be fireworks at Tuesday’s meeting. Dlamini said‚ at a briefing she called in East London on Monday‚ that the South African Post Office was not ready to take over the entire social grants payment system. The post office has argued otherwise after protracted negotiations about potentially taking over the service. SAPO CEO Mark Barnes will present their side of the story to Scopa on Tuesday.

“I must say‚ from where we are standing as Scopa‚ today something must give. It can’t be business as usual. We only have five months before the expiry of the timeframe given by the Constitutional Court. Seven months have been wasted with nothing being done. So clearly‚ for us‚ this is a watershed meeting‚” Godi told 702.

He said the department of social development had been “tardy” in trying to fulfill the decision of the Constitutional Court.

Said Godi: “We think that today it is important that the Post Office be given an opportunity to open their mouth and tell the public what it is they can and what it is they cannot do‚ rather than to be silent without any right to respond.”

Dlamini said on Monday that Sassa would use an open tender process to find providers for three services‚ after the Post Office’s capabilities to carry out some of the grant payment services were deemed too limited.