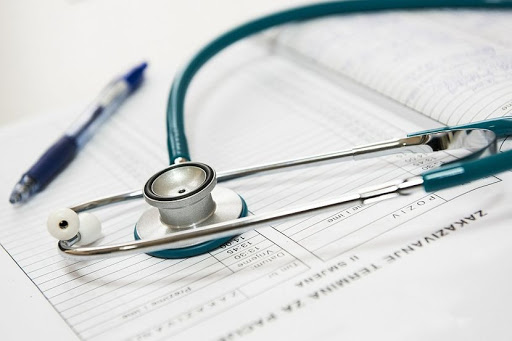 The doctors said though the robberies were captured on closed circuit television‚ the criminals had not been arrested.

They carried placards saying “Police must serve doctors and communities” and “20 cases reported‚ zero arrests. We demand an answer.”

The doctors were joined by a handful of their patients and members of the community‚ singing the struggle song ‘Senzenina’.

Travelling in a long convoy of cars‚ the doctors went from Njoli Square in Zwide to KwaZakele and then to Motherwell Police Station. They were led by Ibhayi General Practitioners‚ an organisation of doctors operating in the townships‚ northern areas and Algoa Park.

Protest convener Mthembeni Tebelele said there had been a “spike of armed robberies in our surgeries”.

“Three practices have totally shut down after these incidents and ten were victims in the month of September alone.”

He said doctors demanded a plan to curb crime‚ better police visibility and good communication with communities so that criminals could be identified and police could be alerted when stolen goods were being sold.

“We need weekly updates on development of our cases as well as sharing of photos of criminals with the public for all to know and identify criminals.”

Port Elizabeth based doctor Bongani Mooi said the closure of surgeries due to robberies would harm communities and patients‚ especially the elderly‚ would suffer.

“We cannot have safe practices in unsafe areas‚” said Algoa Park doctor Jeff Govender. “Let this be the start of a bigger movement for our communities.”

“There will be feedback on cases that have been reported. We also urge our doctors to join hands with the community police forums in their areas to take more preventative measures in safeguarding their premises.”