Five things to know about the Joburg bird flu outbreak 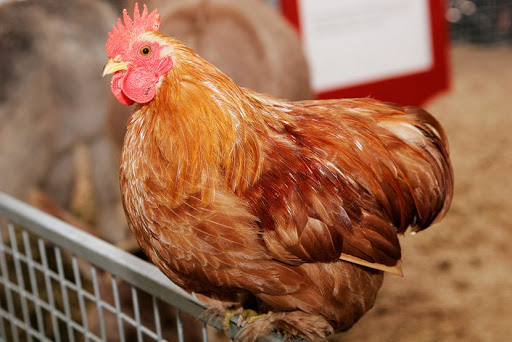 Here’s five things you need to take note of regarding the recent Avian Influenza (HPAI) H5N8 outbreak that hit the city of Johannesburg.

1. It is not a human health problem but an animal one

According to the interim CEO of the South African Poultry Association‚ the outbreak only affects birds and not the health of human beings.

“It would be misleading and could have a negative impact on the industry if we cause a scare. It’s important for people to know that this does not affect their health but that of birds — wild birds in this case. This is not a crisis but just another outbreak. We are treating it on a cautionary level‚” Charlotte Nkuna said.

Senior agricultural economist at Absa Wessel Lemmer said that consumers should not be worried about this outbreak.

“Consumers are concerned but it is important to know that this strain does not affect human beings. Poultry producers are vigilant and monitor poultry breading‚ rearing‚ broiler production and egg-laying units closely.

“Note that our poultry producers in South Africa already took on additional biosecurity measures to protect the future production of broilers and eggs. It is also comforting to know that South Africa’s veterinary sector rates among the best in the world. ” said Lemmer.

Johannesburg City Parks and Zoo (JPCZ) echoed Nkuna and Lemmer by saying the H5N8 strain prevalent in Johannesburg is not contagious to human beings.

2. All birds are susceptible to the infection

City Parks spokesperson Jenny Moodley says that all birds are in danger of contracting the flu.

“We picked it up from two blue crane birds that we found dead at one of the affected areas. One bird was 18 and the other 27 years old. We then did tests and they came positive. This was in August. Since then we started getting reports that the Westdene dam had affected carcasses. All birds are prone to getting the infection.

“We appeal with pet owners to keep their birds enclosed. They need to monitor the animals and ensure that they are not in contact with other birds from outside because you will never know which one is affected. Also‚ sometimes you find that one of the birds is infected and this might easily spread to the others. At the moment we have not yet culled any wild or domestic birds‚” Moodley said.

Symptoms in birds include a combination of respiratory problems‚ or diarrhoea followed by rapid death. All dead birds are being incinerated and are being handled as per strict health and safety regulations.

City Parks urges the public to refrain from handling or making contact with sick or dead birds.

People are encouraged to ensure that all poultry produce is properly cooked before consumption.

4. Places under quarantine should be a no-go zone

The interim CEO of South African Poultry Association warns that areas under quarantine should be controlled and every movement must be authorised and recorded to curb a further spread.

“If a place is under quarantine there should be no movement. Everything that goes in and out must be checked. Ideally it should be closed and no unauthorised movement must take place. Dealing with a public place is different. Chances are you can’t control what goes in and out so this might result in an increase on the out-spread‚” Nkuna said.

However‚ Joburg Zoo remains open to visitors. They will need to use footbaths with disinfectant at the exits.

“Vehicles exiting from inside the Zoo are being sprayed as well and employees leaving the Zoo are also requested to comply with the daily quarantine measures put in place to contain the spread of the Avian Influenza‚” Moodley said in a statement.

In the statement‚ City Parks said that the contagious flu was evident in various parts of the country. In the city of Joburg it is concentrated around the Westdene Dam‚ Emmarentia Dam‚ Zoo Lake and the Joburg Zoo.

“At this stage we are monitoring all our water bodies in the city. We get reports and go do tests and in due diligence we are able to take precautionary measures. It’s difficult to say that there is an increase or decrease in the reports‚ sometimes we get many and sometimes there are less reports‚” Moodley told TimeLIVE.

Other outbreaks were detected and reported at Mpumalanga and the Western Cape in the past months.