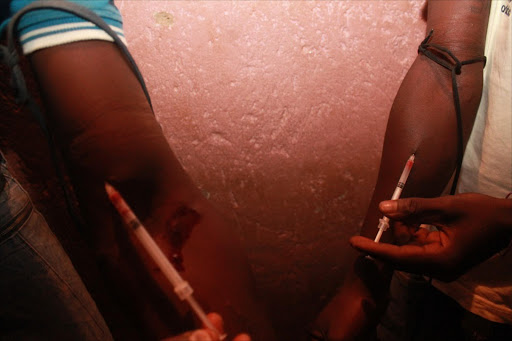 The scourge of nyaope sweeping across many townships is taking a toll on families leaving many of them broken.

Several mothers have told how they were forced to kick out their nyaope addict children because of frustration.

Nhlanhla Hlongwa, 46, said her son Bongani's addiction to the drug was having negative effects on her husband's life.

"His father was at a stage where he was just waiting for him to die," Hlongwa said.

"He stole the TV, and he would sell everything including his clothes. He looked innocent, and I defended him.

"He stole from us, our electronic devices, my cutlery, and he also stole from neighbours. People in my community do not want him."

Hlongwa said her son went into drugs after he caught his wife cheating with another man.

"I raised him well. He caught the mother of his child whom he was married to with another man. She left him with the child that was six-months-old at the time to live with the other man. That is when he started using the drug," she said.

"When the community catches someone stealing or something happens at night, I would go out and check if it was not him. His siblings do not want him. They fear him."

Hlongwa said she had however noticed a change since her son checked into a rehabilitation centre in Tembisa, Ekurhuleni.

"Now it is much better. He now talks to me with respect. I am happy that I brought him here."

Ntombi Majola, 50, also told of her struggle with her addict son, Thabo, 34, who had a good job before he started using drugs.

"I left him in the care of my aunt when I remarried. He started missing work and would lock himself in his room.

"He then started stealing cellphones and sold everything in his room including his bed.

"He became aggressive. It was bad," Majola said.

"It is painful when you know your child grew up well and he suddenly turns into an animal and can no longer talk to you.

"People think you do not reprimand him. You do not sleep at night. He wouldn't wash and stayed in [on] the streets."

Majola said some of the signs to look out for when a person is taking drugs included loss of appetite.

"He began by constantly rubbing his nose claiming he suffered from sinusitis.

"He would refuse to eat for three days at times," she said.

Majola also noticed a big change in her son once he was admitted into rehab.

"I tell him that I love him unconditionally. I just hated what he used to do."