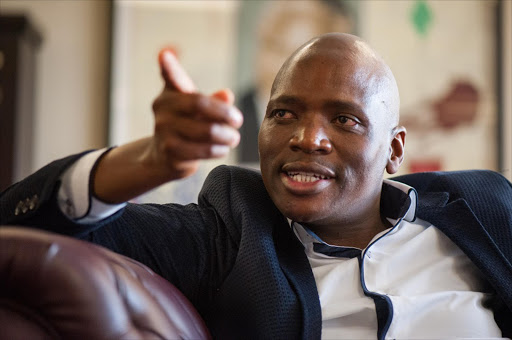 Axed SABC chief operating officer Hlaudi Motsoeneng has gone to the Commission for Conciliation, Mediation and Arbitration (CCMA) in an attempt to overturn his dismissal.

Motsoeneng's lawyer Zola Majavu yesterday confirmed that Motsoeneng would be challenging the outcome of the disciplinary hearing chaired by Advocate Nazeem Cassim between May and June.

Motsoeneng was fired last month for calling a media briefing in which he criticised the SABC's interim board members,

"[The] matter [has been] referred to [the] CCMA and [I've] nothing further to comment on ," Majavu said.

Majavu said his client's ultimate aim would be to get reinstated.

During Motsoeneng's employment, his salary ballooned to R4197000.

Majavu, however, added that the pension payout of Motsoeneng, who scored an R11-million bonus payout last year for a deal he negotiated with MultiChoice for the company to access the SABC's archives, would not be affected by the CCMA appeal process.

His pension payout wa s expected to be processed this month, while the special investigating unit wa s also expected to investigate the R11-million bonus payment.

SABC spokesman Kaizer Kganyago said the CCMA had not notified the public broadcaster about Motsoeneng's intention to appeal his dismissal.

"Even if the CCMA notifies the SABC about Mr Motsoeneng's appeal, we will not want to have a CCMA hearing on your newspaper."

Kganyago also confirmed that Motsoeneng's pension payout would not be negatively affected.

CCMA spokeswoman Lusanda Myoli confirmed that Motsoeneng had referred the matter to the commission.