No exit pay for Hlaudi Motsoeneng 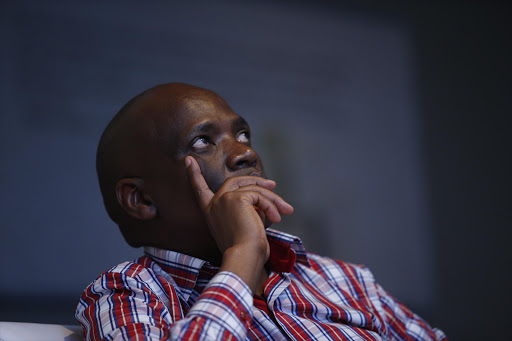 Axed SABC executive Hlaudi Motsoeneng will not receive a golden handshake but will instead serve a month’s notice before permanently exiting the public broadcaster.

The one month’s notice is to allow enough time to wrap up disciplinary proceedings against him.

This was disclosed at a meeting between the SABC and the National Assembly’s portfolio committee on communications by chairperson of the SABC interim board Khanyisile Kweyama.

She said Motsoeneng had not been dismissed with immediate effect because the SABC wanted to finalise the disciplinary process around the public protector’s report findings.

His dismissal following another disciplinary process‚ for holding a media conference at which he attacked the interim board and MPs in Parliament‚ was announced on Monday.

However‚ the Public Protector’s 2014 report recommends that a disciplinary process be held and public protector recommendations are binding.

But Kweyama said it was “unlikely that process will be concluded“. She said the board had issued Motsoeneng with the charges and had given him ten days in which to respond.

Asked about whether he would be paid out for the remaining one year on his contract‚ she said they were under “no obligation to pay out a contract when the person is found guilty of misconduct“.

She said the R11-million bonus paid to Motsoeneng had already been referred to the Special Investigating Unit.

Communications minister Ayanda Dlodlo told the committee that she felt Motsoeneng’s dismissal had been “fair” and said “that era is behind us now“.

She however questioned the SABC’s payment of bonuses like the ones paid to Motsoeneng because there was no performance management system in place.

“How do you justify payment of bonuses with performance as dismal as this?” she asked‚ adding that the problem had dated back to well before Motsoeneng’s time.

But Kweyama said the R11-million bonus had not been performance related but rather a “finder’s fee“‚ for negotiating the sale of SABC archive material to Multichoice.

The payment however‚ had been irregular because it paid an arbitrary percentage of the contract value‚ rather than an agreed upon formula‚ and had not been okayed by the board.

The SABC recorded operating losses of R509 million for the fourth quarter of the 2016/17 year.

“The SABC is expecting to conclude 2016/17 with a net loss of R1.1 billion‚ resulting in a 52% decline compared to prior year results‚” acting group CEO Tseliso Ralitabo said.

The committee also heard that the minister and the interim board were working on turning the broadcaster around. They had rescinded the policy about the broadcast of violent protest imagery‚ had canned the New Age breakfast broadcasts which had cost the SABC R20 million and had reverted back to the old editorial code.

“We want our journalists to know that they can go out and do their work as journalists‚” Kweyama said.