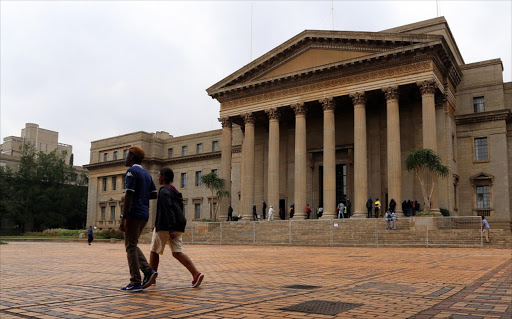 A former senior manager from the Wits Reproductive Health and HIV Institute (WRHI) has pled guilty on charges relating to the theft of more than $200‚000 in grant funds originating with the US Agency for International Development (USAID).

Eugene Sickle‚ 47‚ a chemist and the former deputy executive director of the WRHI‚ was asked to plead last week after being arrested earlier this year in the US.

In a statement released by the US Department of Justice‚ US Attorney Channing Phillips said: “Eugene Sickle abused his position to steal more than $200‚000 meant to promote safer childbirth practices in South Africa.”

Wits University said on Tuesday that the university and the institute were able to detect the theft because it already had strong systems in place‚ and moved to assure potential donors that the university would act strongly against future attempts of irregular use of donor funding.

Phillips said of Sickle: “His actions undercut efforts by the US Agency for International Development to help those in need. His arrest and prosecution demonstrate our commitment to ensuring US dollars are spent properly.”

Sickle is expected to be sentenced on August 1‚ with the plea agreement requiring him to repay $206‚250 in restitution‚ in addition to a possible prison sentence of six to 12 months.

After Sickle’s arrest earlier this year‚ Wits University said the irregularities were originally identified by the WRHI which embarked on a full investigation. Following his questioning‚ he resigned immediately.

The statement by the US Department of Justice also quoted Jonathan Schofield‚ a special agent in charge of the USAID Office of Investigations‚ as saying Sickle violated the law and the “very dignity of America’s ideals and largess“.

“When individuals are entrusted by the United States to help implement its overseas development programmes‚ nothing but the highest ethical and legal standards are demanded‚” Schofield said.

“Theft from those who have nothing — from a programme dedicated to safer childbirth no less — not only violates the law but is an affront to the very dignity of America’s ideals and largess. Whether such egregious behaviour transpires domestically or overseas‚ the Office of the Inspector General stands ready to ensure perpetrators are held to account.”

Sickle’s work at the WRHI was focused on sexual and reproductive health as well as vaccine-preventable diseases‚ with him being the administrator for project funds and USAID being one of the primary funders.

In an elaborate scheme‚ Sickle created a company called Alzar‚ which was based in the British Virgin Islands‚ and was meant to create a mobile application which would help facilitate safer childbirth deliveries in South Africa.

As part of the scheme‚ which Sickle admitted to in a statement‚ he created an alias called Dr. Carla Das Neves who was Alzar’s director. The childbirth application was never developed‚ and Sickle was found to have been the sole owner of the company.

The statement by the US Justice Department said Sickle “shepherded” the research institute’s contract with Alzar through the approval and compliance process‚ while signing the contract as himself and under the Carla Das Neves alias.

Wits University spokesperson Shirona Patel said: “The University welcomes the arrest of a former employee of the Wits Reproductive Health and HIV Institute (WRHI) who was arrested in the United States following allegations of fraud. We have noted that he has pleaded guilty to the charges.”

Patel said the university wouldn’t tolerate the misuse of donor and grant funds.

“It is precisely due to the University’s strong systems‚ quick action and cooperation with partners‚ that these alleged fraudulent activities were identified‚ managed and pursued‚” she said.

“Wits entities will continue to work with all relevant parties to finalise the matter. The management of this case demonstrates that the University will deal decisively with any form of misrepresentation‚ fraud or illegal activity‚” Patel said.

She said the university remained a leading research-intensive university on the continent with significant support from corporates‚ individual donors‚ trusts and foundations.

“The WRHI remains one of the leading research institutes in its field in the world‚ producing important work that saves and betters the lives of millions every day‚” she said.

“I commend the work of USAID’s South Africa-based Special Agents for conducting the investigation which led to the arrest‚” said Alonzo Wind‚ USAID/Southern Africa Acting Mission Director. “Any fraud is unacceptable‚ but fraud which undermines our ability to help the people of South Africa is particularly upsetting.”