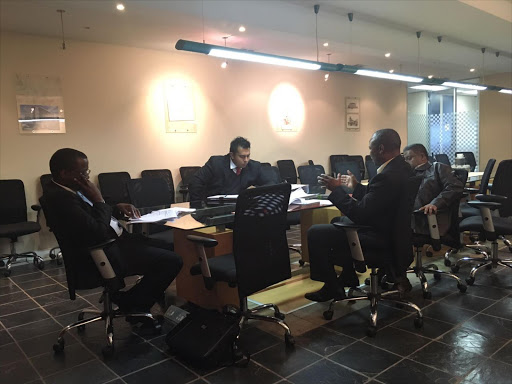 In a dramatic twist‚ the lawyer representing a department of public works employee accused of wrongdoing over the controversial Nkandla homestead upgrade‚ was ordered to phone his client and tell him to appear before the disciplinary hearing.

This after Sibusiso Chonco’s legal representative earlier requested a postponement due to his client’s ill health.

The first of the hearings into the upgrades was set to start on Monday morning. Chonco was the first of 10 officials who would face disciplinary action‚ largely for their role in appointing architect Minenhle Makhanya as the principal agent on the project. His matter was set down for two days.

But Adrian Moodley‚ who is representing Chonco‚ requested a postponement‚ producing a sick note that showed his client had been booked off work from March 29 to April 29. He is suffering from depression‚ is struggling to concentrate and is heavily medicated‚ the medical certificate states.

However‚ Adv Thulani Khuzwayo called into question the document‚ arguing that it was several weeks old and gave the discretion to the department on whether or not to grant Chonco sick leave. He added that while the medical note excuses Chonco from work‚ it doesn’t directly excuse him from being able to attend the disciplinary hearing.

He was also concerned that the matter has been dragging on‚ with the charges first laid against the employees in 2014.

Khuzwayo ordered Moodley to phone Chonco and instruct him to attend the hearing tomorrow.

The hearing went into a brief recess while Moodley made the call.