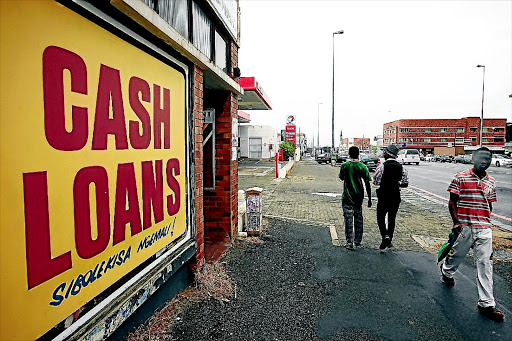 Many people end up in debt because they lack financial budgeting skills. Research says most of SA households live on borrowed money, either from friends or relatives. Some individuals even borrow from loan sharks. /ALAN EASON

A new study has found that a bulk of South African households fail to budget, do not pay their bills on time and survive on cash borrowed from friends and family.

This was revealed by the Financial Literacy Report 2015, delivered by Financial Services Board in Johannesburg yesterday and showed that:

Delivering the presentation, Human Sciences Research Council manager Benjamin Roberts said, in light of the findings, he was perplexed to hear that two-thirds of research participants saying they kept a very close eye on their personal expenditure.

"This means there is a mismatch between attitudes and behaviour," said Roberts, while speaking at the Sowetan Dialogues, held at Indaba Hotel in Fourways, Johannesburg.

He said people with high financial control tend to be involved in daily financial decision-making processes and portrayed careful approach to personal finances.

These individuals also "prefer saving over spending money, and live in a households that budget and are able to make ends meet", said Roberts

He added: "A range of patterns is evident and it is immediately apparent that the ability to save money has shown the largest decline over recent years and only a modest share of South Africans indicate that they have rainy day or emergency funds set aside.

"Of those that had been saving, it emerged that paying money into a bank account or paying into a saving account were the most popular forms of saving among adult South Africans," he said.

"Saving cash at home and saving by means of a stokvel or other informal savings clubs were important secondary forms of saving behaviour."

He said low levels of financial literacy negatively affected financial consumers in different ways, including the incapability to assess the suitability of financial products in relation to personal needs.

He added that, according to statistics associated with financial literacy, younger people were being more financially literate than their older counterparts.