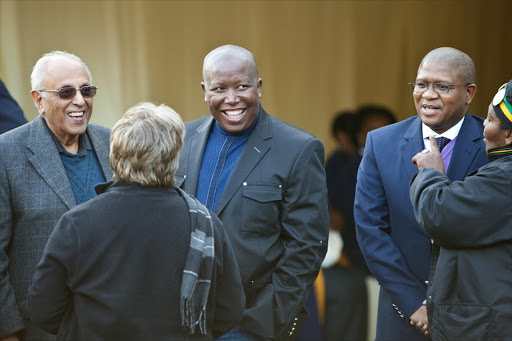 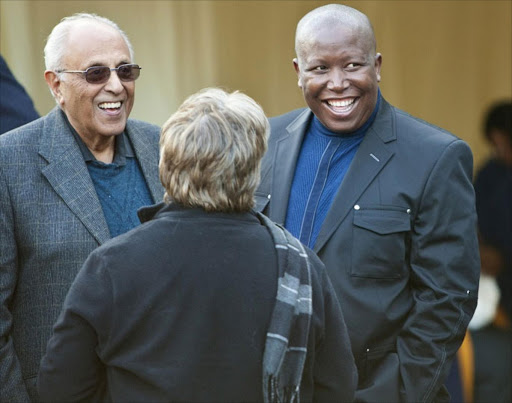 Neeshan Balton, the Executive Director of the Ahmed Kathrada Foundation told Malema that the struggle stalwart's wish was to take him to the island where he and many other anti-apartheid activists were held captive.

"One of the last things Ahmed Kathrada wanted me to organise last year, comrade Malema, he wanted to take you to Robben Island. He pressed us to organise this thing, unfortunately the communication didn't work out," said Balton.

"But I would appeal to you at some point, join any one of the other islanders here to go to that Island and pay your respects."

Balton did not reveal exactly why Kathrada wanted to take the former ANC Youth League leader to Robben Island but Malema nodded in agreement to the request for him to go and pay his respects.

Kathrada was a political prisoner along with the late president Nelson Mandela, Walter Sisulu, Govan Mbeki, Andrew Mlangeni, Billy Nair, Elias Motsoaledi, Raymond Mhlaba and Denis Goldberg, who were sentenced to life imprisonment at Robben Island. Kathrada spent 18 years on the island before he was moved to Pollsmoor Maximum Prison.

Balton also revealed that Kathrada wanted to personally support the Finance Minister Pravin Gordhan when he appeared in court.

"When Pravin Gordhan was to appear in court, Uncle Kathy said to us, 'I want to be the first one there to accompany him to court'," said Balton.

"Pravin, please stand sir. Irrespective of whether you are minister or not in days or weeks to come, you remain true to the values and principles that Ahmed Kathrada would be proud of."

Kathrada passed away in the early hours of Tuesday after spending the past month in hospital‚ recovering from brain surgery to remove a blood clot.