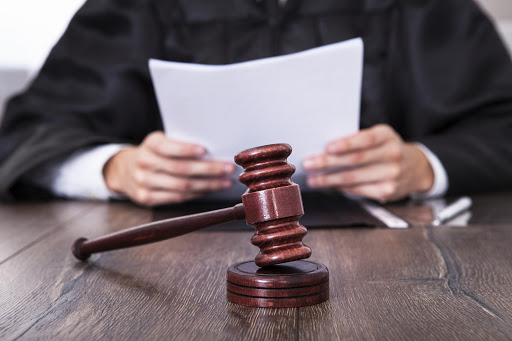 Convicted triple murderer Sifiso Maseko stared ahead apathetically in the dock on Friday as Judge Oupa Gibson Ngobeni read out his sentence in the South Gauteng High Court sitting in Palm ridge.

The horrific events occurred in Naturena, south of Johannesburg, on July 5 and 6 2015.

Maseko hit Africa on the head with a spade, killing him.

Africa's naked body was discovered on July 9, while the bodies of Thato and Bonolo were found inside Africa's BMW, which had been abandoned in Germiston. Maseko laced Thato and Bonolo's food with aldicarb poison before locking their bodies in the car.

The deceased's relatives wept quietly as Ngobeni summarised the horrific events of those fateful days.

Ngobeni said though Maseko initially denied that he committed the offences, he later broke down in court and admitted he killed his friend.

The judge said Maseko told the court he had drank alcohol with Africa on the day. When they were both drunk, Africa allegedly sodomised him.

Maseko told the court that he woke up with a runny stomach and went to the toilet. Behind the toilet was a spade which he used to assault Africa. He left him dead at the house.

"[But] his anger [did] not justify him killing Vincent. When he killed the children he had cooled off. "The children were killed in cold blood.

"Vincent died a violent death. The accused had to use so much force that he broke Vincent's jaw," said Ngobeni.

Ngobeni said Maseko had no regard for other people, and the fact that he was aged 26 at the time did not make any difference.

Africa's sister Gloria Sepeng said her brother was not a violent person. "The reason he stated [sodomy] is not the truth," she said.

Sepeng's daughter Banyana Makola said she was also not happy at all. "We thank God that he was convicted but we still ask ourselves why? We wanted the truth."

Maseko killed his friend Vincent Africa and poisoned Africa's son, 12, and grandson, 2, in July 2015 in Johannesburg. He was sentenced to life imprisonment on Friday.

Maseko was linked to his crimes through DNA testing, fingerprints and phone records.

His fingerprints were lifted from the spade he used to hit Africa, and on the gear lever in Africa's car.

"Phone records and forensics were the integral part of the case. We had to do a lot of research because we are not experts," she said.

Masedi, who has been a prosecutor for 12 years, worked closely with the investigating officer, Warrant Officer Zakhele Zwane.

Zwane, who joined the SAPS in 1993 in KwaZulu-Natal, said he learned a few things while investigating the case.

"It was not easy. The family would call me at night and I followed up on all their concerns. The prosecutor helped me a lot," said Zwane .

"I will never forget this case. It is different because it was a circumstantial case," he added.