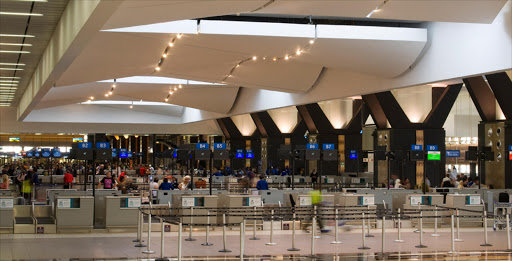 The police vehicle used to carry out South Africa’s biggest cash heist has been recovered outside Pretoria.

Hawks investigators made the breakthrough after they received a tip off that the car — a Toyota bakkie — was abandoned north of the city.

The bakkie allegedly fits the description of one of the vehicles used by at least seven robbers to hold up GuardForce guards who were to load a South African Airlines cargo aircraft with US$15 million in foreign currency at OR Tambo International Airport on Tuesday night.

The flight was bound for London.

The robbers were in three vehicles‚ including a Mercedes Benz‚ a Ford Focus ST and the police bakkie.

Hawks spokesman‚ Brigadier Hangwani Mulaudzi‚ confirmed that the vehicle had been recovered.

He said a team of detectives from various units within the Hawks had been established to investigate the case.

Times Media understands that numerous people were on Wednesday questioned by members of the Task Team‚ who include organised crime and crime intelligence officers as well as members of State Security who have been seconded to the investigation.

Police sources said that State Security was involved because the robbery had taken place within a secure zone of the airport which is classified as a national key point.

“This robbery is huge. It has international ramifications. There are international security companies involved in terms of the escorting of the cash as well as a national airline. It was not pulled off by a bunch of mickey-mouse amateurs.

“Its well organised and has the hallmarks of international crime syndicates.”

Mulaudzi said that none of the money had been recovered and no suspects had been arrested yet.

He said the investigators were looking at a number of aspects‚ including the involvement of police officers.

“Explanations are needed as to how police uniforms and a police vehicle were obtained. Information is required as to how the robbers gained access through identity cards to get near the cargo section of the airport.”

Mulaudzi said the robbers‚ gained access to a container‚ had made off with 27 bags containing different foreign currency.

He declined to elaborate on how much money had been stolen in the heist.

“The Gauteng provincial police war room had been activated. We will put out all stops to uncover the truth behind this weird robbery.

“We do not want to speculate at the moment but we are confident that people responsible for the robbery will be brought to book.”