10 fast facts about the class of 2016's matric results 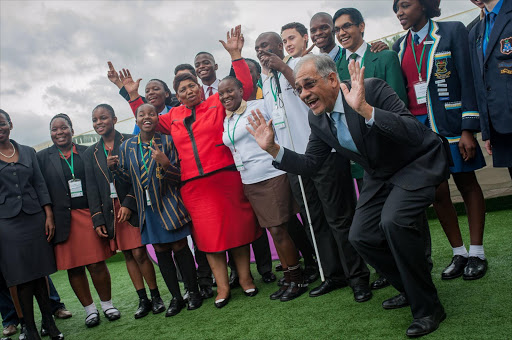 SPONSORED | The results are in, and while the news is good for most of 2016’s matriculants, there are also clear areas in need of improvement.

A total of 442,672 matriculants were celebrating on Thursday across South Africa after passing their National Senior Certificate (NSC) exams. The overall results were announced by Basic Education Minister Angie Motshekga on Wednesday evening, and individual results were published early on Thursday morning.

LIVE: Check your results now and see how your school and province performed.

Here are 10 fast facts about this year’s matric results:

2. … But there’s room for improvement

3. Mystery of the missing matriculants

The Eastern Cape improved when progressed pupils were excluded from the results, with a 63.3% pass rate, up 1.1% from 2015 – but was still last out of all the provinces. Provincial legislature education portfolio committee chairman Fundile Gade said 10,000 matric pupils had dropped out during the year.

AfriForum deputy CEO Alana Bailey said a Department of Basic Education report found that 1,207,996 learners enrolled for grade one in public schools in 2005 but “less than half of that number of public school learners passed matric in 2016”.

5. Going on to greater things

Of the 828,020 candidates who wrote the National Senior Certificate exam, 162,374 qualified for university, 179,619 for diploma study and 100,486 for certificate study. About 26% of matriculants passed with the basic requirement to enter university – one percentage point up on last year.

Conrad Strydom (19), from Onrus River on the Overberg coast, is the top matric student of the class of 2016. His headmaster described him as “helluva humble‚ helluva decent” and someone who “deserves everything he’s got”. Two other Western Cape students‚ Bronson Rudner and Hannah Clayton‚ rounded out the top three.

Despite a cheating scandal that hit Limpopo when a question paper was leaked during the exams, the province once again produced the highest number of top performers in the country. Out of 22 national top achievers, 12 hail from the province. The Western Cape, in second place, produced four of the top-performing pupils.

He lost his eyesight while doing grade 10 but Hlulani Malungani is one of the top-performing matrics in the country. He was one of three top pupils with special needs. The two others, Zacharia Nyathi and Ephodia Mudau, were also from his alma mater, Rivoni School for the Blind in Limpopo.

10. No success without hard work

Holy Cross High School in Mthatha, Eastern Cape, produced one of the top matriculants, Siphokazi Hlalukana. The principal said teachers at the school had since 2015 started offering evening classes from 3.30pm to 8pm. The school’s pass rates are consistently high and this year, 73% of its pupils passed with admission to a bachelor’s degree, compared with 32% for the province overall.