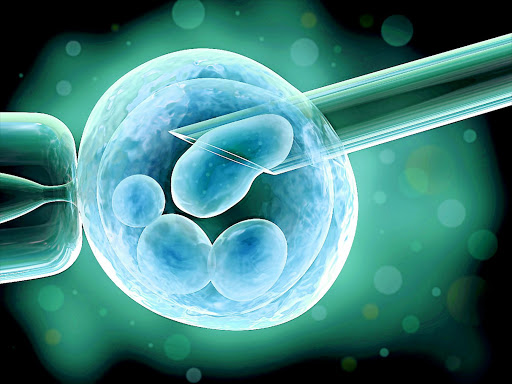 RESEARCH: Stem cells divide into cells that can form all kinds of tissue in the body Photo: ISTOCK

A Three-year old SA child with cerebral palsy is on his way to Duke University in North Carolina, US, to have stem cells from his umbilical cord blood transfused into him.

The therapy is experimental but it is hoped that the once-off transfusion will help improve his movement and coordination. When he was born, the child's parents stored his umbilical cord blood at one of two private banking labs in the country called Netcells. The parents declined to speak to the media.

Duke researcher Joanna Kurtzberg, who will work with him, was the first person to ever use umbilical cord blood, rich in stem cells, in a 1993 transfusion. She used it to treat diseases usually treated with bone marrow transplants, such as blood cancers, other blood diseases, anaemia and genetic conditions.

Scientific director of Next Biosciences Yvonne Holt called her the "Doyenne of cord blood transplant".

Stem cells divide into cells that can form all the kinds of tissue normally found in the body, including nerve, muscle, bone and bone marrow. There is ongoing research using stem cells to treat Type 1 diabetes, neurological conditions, autism, brain injury, skin regeneration and orthopedics.

The child will be assessed before the once-off transfusion and monitored afterwards to see if his motor abilities improve. There is no cure for cerebral palsy.

There is also no guarantee the treatment will work as it remains an unproven treatment but has been researched at Duke for eight years. "It has worked well in some patients and in some patients there has been minimal change," said Holt. Even if it doesn't work, his involvement will add to the body of research, she said.

The three-year-old is one of only two children whose cord blood has been stored privately in SA to ever use it. There are more than 24000 units of cord blood stored in labs Cryo-Save and Net Sciences. The starting cost to store umbilical cord blood is R17600 at Cryo-Save.

The SA Society of Obstetricians and Gynaecologists suggests doctors tell parents about the "remote chance" of their child's cord blood actually being used.

The SA private banks said it is "a form of medical insurance," for "families of African descent or mixed race who are under-represented in international public donor banks".