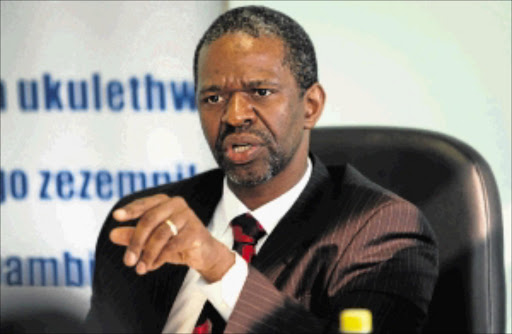 Pregnant women who do not visit clinics out of fear of being tested for HIV may end up endangering not only their own lives‚ but also those of their babies.

And drinking traditional concoctions such as isihlambezo to induce the delivery of a baby is a practice that should be abolished.

KwaZulu-Natal Health MEC Sibongiseni Dhlomo issued these warnings at a meeting at Nokweja in the Harry Gwala District.

However‚ further research is needed to determine the side effects of isihlambezo on the pregnant woman‚ the foetus‚ labour‚ and the outcome of pregnancy‚ according a study titled The Effect of Traditional Herbal Medicines on Pregnancy Outcome: The King Edward VIII Hospital Experience. There is also a need to identify the active chemical substance in herbal medications‚ the study said.

“For those who get checked and are found to be HIV positive‚ we have a package of services that helps to ensure the delivery children who are HIV negative‚ and to also ensure that the HIV in the mother is properly managed to help them live long and healthy lives‚” said Dhlomo.

“Community leaders‚ mayors‚ councillors‚ traditional healers need to work together to save expectant mothers as when a maternal death occurs‚ its devastating effects reverberate from the immediate family to the whole community.”

Dhlomo said he was concerned that girls under 18 were not physically ready to give birth.

He advised girls and women to go to their nearest clinic and to use dual protection — female contraceptive methods together with men using condoms – as this would provide protection against sexually transmitted infections — including HIV — and unwanted pregnancies.

Dhlomo also warned health care workers about the dangers of admonishing young people when they seek family planning services‚ cautioning that failure to assist could result in pregnancy or complications from unsuccessful backstreet abortion.

The MEC concluded his visit by officially opening the R8-million Sokhela Clinic in Donnybrook.