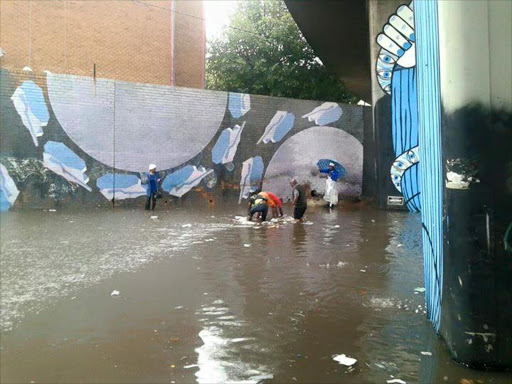 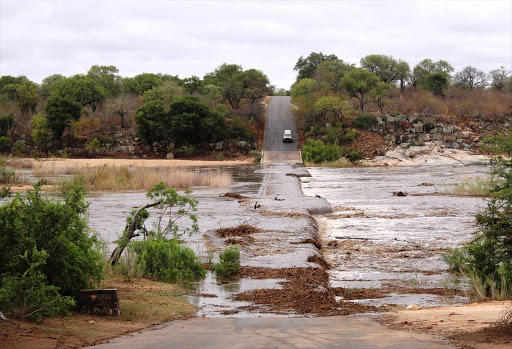 Prominent camps in the Kruger National Park including Skukuza have been affected by road and bridge closures due to heavy rains in the area.

“Some low water bridges are overflowing as a result of the rain‚” the national park said in a statement.

In the Marula region‚ roads closures include the tar road H1-2 from Skukuza to Satara. This is due to Sabie Sand and Sand River low water bridges overflowing. “Guests are advised to use H12 – Lower Sabie high water bridge to Satara‚” the park said.

Phabeni Gate is closed until further notice while the Phabeni low water bridge is closed due to damages.

Sanparks said: “Motorists are requested to be on the lookout for animals such as tortoise crossing roads or drinking water from little puddles on the road.”

The heavy downpours on Wednesday came amid a drought ravaging South Africa’s premier wildlife reserve. Animal carcasses are increasingly being spotted on game drives in the park.

-Meanwhile‚ roads in downtown Johannesburg have also flooded due to the heavy rainfall today. The Crime Intelligence and Community Awareness group issued an advisory via Facebook cautioning motorists to “allow additional travelling time and take caution on Gauteng roads — especially around Johannesburg CBD”.