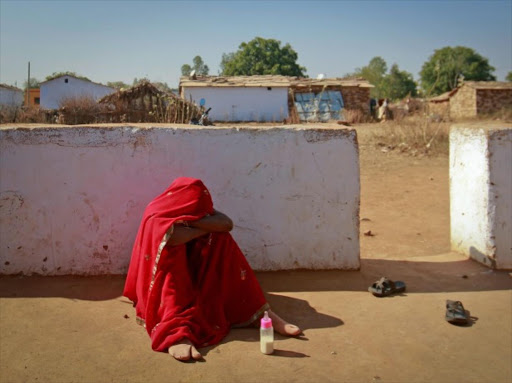 On June 9, a 27-year-old man was arrested for abducting and raping a 14-year-old girl from Eastern Cape. He argued that the girl was his wife because he had paid 15 sheep for her.

The girl was abducted from her home after school by four men, one of whom told her that he was going to be her husband.

Her father in Durban instructed her to go with the men or to leave his home because he could no longer afford to raise her.

She had no option but to leave with the men. Her "husband" forced himself on her and broke her virginity. After multiple rapes and assault by her "husband", she went to a police station to report the abuse. She was removed by social workers and the man was arrested.

Her father and mother have since been arrested. The girl has been out of school for six months and feels unable to pick up her education.

Some would argue that this is a cultural practice known as ukuthwala, which is abduction for marriage. Its supporters say it should be permitted in terms of our constitution, which protects the rights and practices of cultural and religious groups.

Others in traditional communities would argue that this is a distortion of the original practice. In the past there was a love relationship, and the girl was not under age . Should these traditional prescripts be followed, then ukuthwala would be recognised as a legitimate path to marriage.

Those who strongly believe the practice is fundamentally an act of violence, seek its banishment because "it has no place in a modern society". Perhaps this group will be encouraged by a similar case in Eastern Cape.

A 28-year-old man's appeal against his sentence was rejected. He hadabducted for marriage a 16-year-oldgirl. He was convicted of trafficking, rape and assault. He had raised the traditional practice of ukuthwala in his failed appeal bid.

In both cases, these young, vulnerable women were able to seek help despite the weight of cultural and traditional belief and practice in their communities. What becomes of many other young girls forced into marriage, either through abduction by suitors or through complicity arrangement and negotiation by their parents, who have not been able to seek legal remedies?

While attention is being paid to ukuthwala, there are other forms of forced and early child marriage in different religious and race groups in SA. The impact of these marriages on young girls is devastating.

Their right to education, health, safety and simply the right to be a child are violated. In most instances, these girls are forced to drop out of school to undertake household responsibilities, forced into sexual relations and often bear children at a young age.

The government is currently assessing the practice of ukuthwala, to develop appropriate legal responses to ensure the protection of rights and the prosecution of offenders. Far more needs to be done.

The Commission for Gender Equality has been investigating instances of forced and early child marriage in different provinces in South Africa.

Our experience tells us that there is an urgent need for awareness within affected communities on the rights of young girls.

Those that are at odds with our constitution must be discarded, and those that build identity and contribute towards a community's development should be retained.

A reporting and response mechanism must be developed and widely publicised to enable people to report cases of forced marriages and trigger an integrated policing and social development response.

Most important, those who perpetrate and enable this practice must be charged, prosecuted and convicted to end the impunity associated with this gender-based violence.

lHicks is a commissioner of the Commission for Gender Equality