SA soldiers were killed after truce 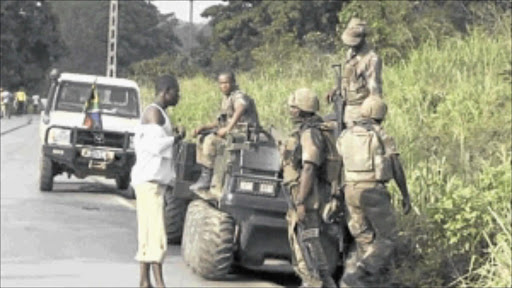 AFTER 13 hours of heavy battle, rebel forces in the Central African Republic (CAR) raised the white flag, but then went on to kill 13 South African soldiers during the lull.

Speaking from the SA Army College in Thaba Tshwane, Pretoria, South African National Defence Force (SANDF) chief general Solly Shoke said about 200 South African troops forced a truce from about 3000 rebels who had ambushed the SANDF base in the country's capital Bangui.

"Later on Saturday, South African forces received a message that the rebel general wanted to talk to them. A truce was declared. The soldiers were killed after that," Shoke said.

President Jacob Zuma confirmed yesterday that 13 soldiers were killed, 27 were wounded, seven critically, and one soldier is unaccounted for.

It was not clear if the soldiers were still armed.

"Two hundred against 3000; it tells a story," Shoke said when asked if SANDF was sufficiently equipped.

He would not elaborate on the kind of arms the South African soldiers had.

"For us running away is not an option. That is the SANDF. We must be proud. We must all be able to say we have a defence force. For now, our concern is to protect our own soldiers," Shoke said, echoing Zuma's assertion that South Africa was not considering withdrawing from the CAR.

It was not known how many rebels were killed, but Zuma insisted that the SANDF base was successfully defended and that "heavy casualties" were inflicted on the "bandits".

Defence Minister Nosiviwe Mapisa-Nqakula recommended that South Africa intervene after visiting the CAR to assess the security environment and general situation, which was tense after rebels launched an armed campaign.

Zuma authorised the deployment of 400 soldiers to the CAR in January, but so far only 200 soldiers had been sent.

South Africa and the CAR have a military cooperation agreement to help with military training and refurbishment of military infrastructure.

The SANDF was to help the CAR with the planning and implementation of the disarmament, demobilisation and reintegration process.

"You would in a sense appreciate that there existed an agreement between two countries. Our being there was related to the task that we were given," Zuma said. - moengk@sowetan.co.za